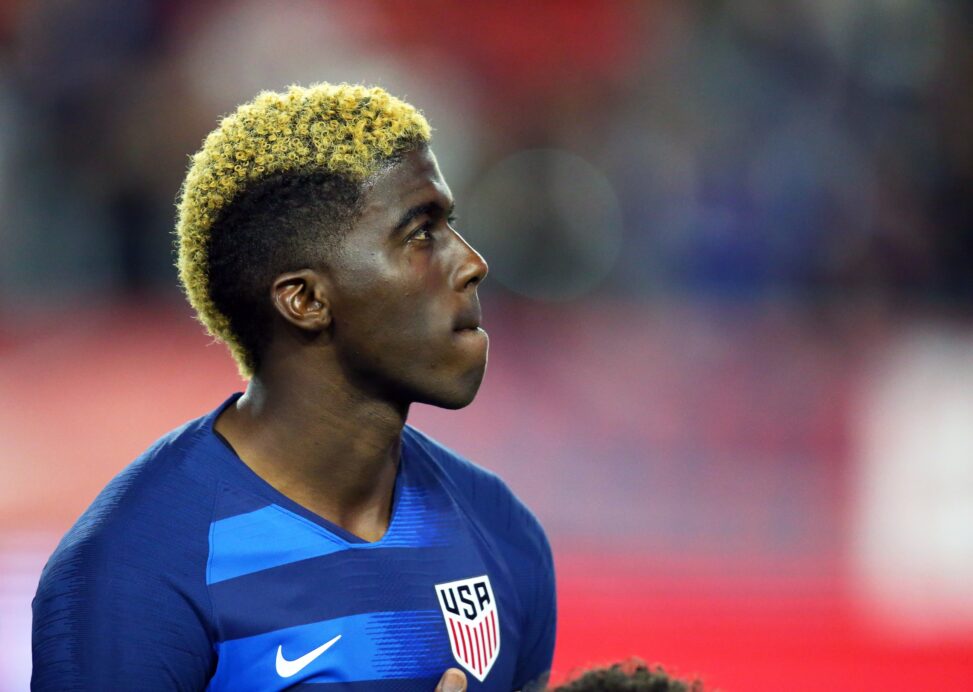 No player helped himself more during the U.S. Men’s National Team’s March friendlies than Gyasi Zardes.

The Columbus Crew forward, who has started all four games under Gregg Berhalter, played a role in both goals scored in the last two games, and on Tuesday against Chile he was one of the best players on the field for the USMNT.

By scoring against Ecuador, assisting on Christian Pulisic’s goal against Chile and showing improvement over the course of two games, Zardes firmly implanted himself near the top of the forward depth chart.

With Jozy Altidore recovering from injury, Bobby Wood out of USMNT camp and Josh Sargent off with the U-23’s, Zardes took full advantage of his opportunity to impress Berhalter.

Zardes’ positional understanding and movement were on display on Tuesday, as he got into open space to create chances against a difficult Chilean side.

The 27-year-old forward also disspelled some qualms about his touch and delivery, as he brought down Ethan Horvath’s long ball in the fourth minute and sent a superb assist in Pulisic’s direction to put the USMNT ahead at BBVA Compass Stadium.

But as we should with every performance so far under Berhalter, we have to look at how Zardes fits in the long term with the full first team group.

At 29, Altidore should still be seen as the top target man on the USMNT’s forward depth chart until someone can consistently force him to the bench.

Altidore might not be the lead striker at the 2022 FIFA World Cup, but he should be one of the go-to guys up top for the 2019 Concacaf Gold Cup at minimum.

Wood is still too up-and-down for club and country to trust him as the No. 1 striker, but he did score three goals in 2018 for the USMNT.

Sargent is the future of the position, but there’s more of an immediate need for him at the U-20 World Cup, which would likely take him away from earning significant minutes at the Gold Cup.

If you look at the top options at forward, Zardes is somewhere between second and fourth on the USMNT depth chart.

It’s possible he can overtake Wood if he continues to put in consistent performances with the Crew, or he could still be viewed as strictly a reserve option once Altidore and Wood come into camp.

Timothy Weah, Jordan Morris, Andrija Novakovich and others could be seen as contenders to play up top, but it’ll be hard for Berhalter to look past one of the most consistent players in his short time as USMNT manager.

Since he was paired with Berhalter in Columbus, Zardes rediscovered his scoring form by netting 19 goals in 2018, and that’s translated to the international stage through the goal and assist earned against Ecuador and Chile.

Make no mistake about it, Zardes is still far from the top forward on the depth chart, but the strides he’s made under Berhalter show he can be a solid contributor once the entire first team gathers this summer.