Almiron out for remainder of season with hamstring injury 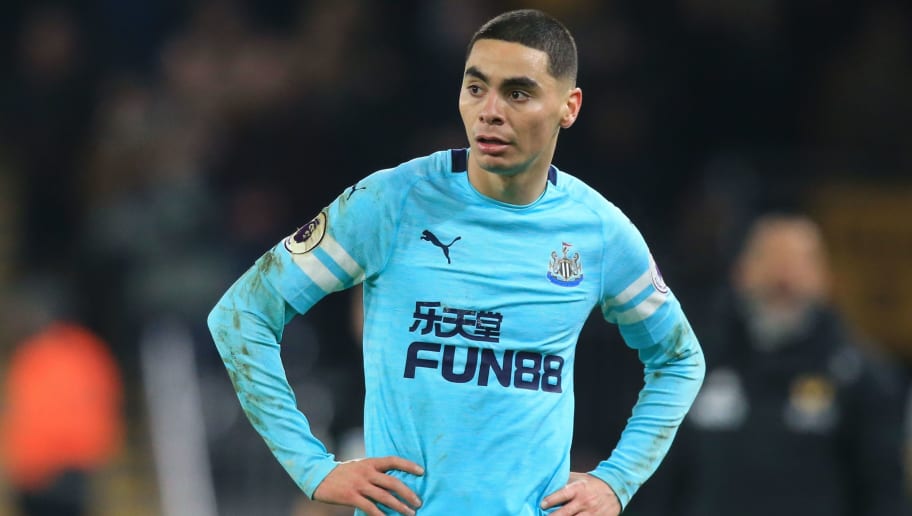 Miguel Almiron’s season with Newcastle United is over.

The club confirmed on Wednesday that Almiron will miss the team’s final three matches this season. Almiron suffered a hamstring injury last weekend against Southampton.

ICYMI: Miguel Almirón will miss the rest of the season after suffering a hamstring injury in Saturday's 3-1 win over Southampton. #NUFChttps://t.co/aUOCTCFUDS

Almiron, 25, is also in doubt for this summer’s Copa America for Paraguay, whom Newcastle have been in contact with regarding the injury. He made 10 league appearances for the Magpies, totaling 763 minutes under Rafa Benitez.

The playmaker joined for £20 from Atlanta United in January, after helping lead the Five Stripes to their first-ever MLS Cup. Almiron scored 22 goals and added 19 assists in 68 career MLS appearances for Atlanta.

Newcastle guaranteed Premier League safety with their 3-1 win over the Saints last Saturday. They travel to Brighton & Hove Albion this weekend, before concluding their season with matches against Liverpool and Fulham.