Carlos Vela: “Our goal is to win a championship” 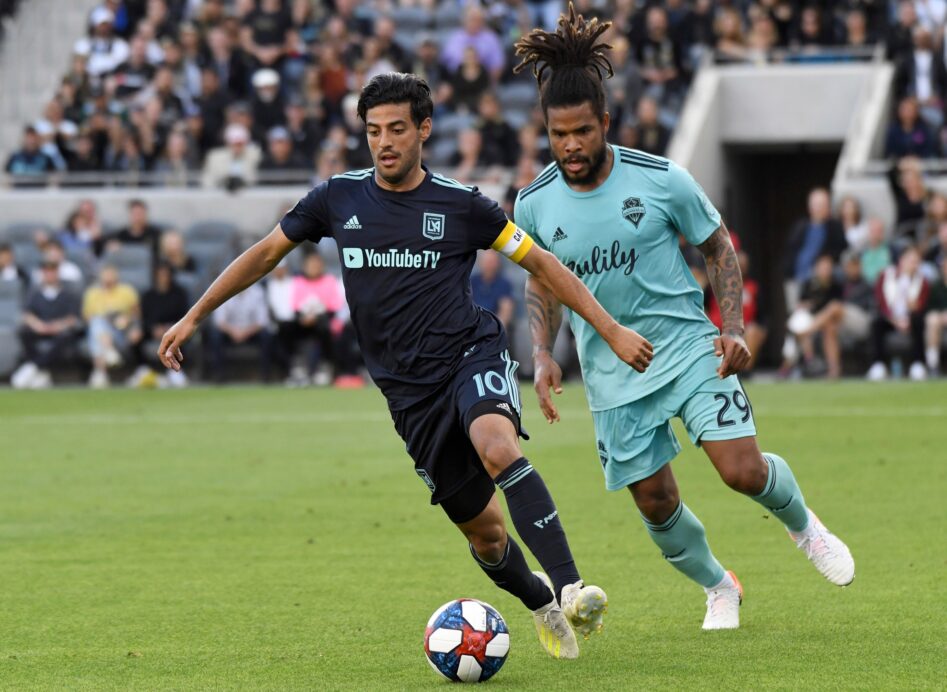 LAFC has continuously proved itself to be the class of Major League Soccer over the first two months of the regular season.

Bob Bradley’s side drove that point home with a 4-1 win over the Seattle Sounders on Sunday at Banc of California Stadium.

“The team is working really well this season,” LAFC forward Carlos Vela said. “We are believing in our level. We think can beat any team in the league. So, our goal is to win the championship. If we want do that, we have to have a lot of games like today.”

LAFC looked more like itself back at full strength after stumbling against Vancouver on Wednesday with a rotated squad.

Vela continued his dominance in front of net with a pair of tallies, but he was quick to point out the important of Mark-Anthony Kaye, who had three assists, instead of focus on his individual accomplishments.

“I say a lot of times that I love to have Mark at my back because he does everything,” Vela said. “It’s not just about the passes. He’s always helping the attacking three. He’s always in the good flow to help in any part of the field.”

Kaye became the latest LAFC player to step into a starring role alongside Vela.

In previous weeks, Diego Rossi has stolen the spotlight for his goal-scoring prowess, while Latif Blessing and Eduard Atuesta have also been key cogs in the midfield for the second-year side.

Atuesta, who has done most of his work in the middle of the field, picked up a goal and an assist on Sunday.

“My confidence is really good,” Atuesta said. “Since I arrived last year, I have felt the confidence with my teammates. I have the advantage of already being here for a year playing in the league and getting to know my teammates.”

“I had the opportunity to have a preseason with the team and that’s really important,” Atuesta said. “I feel like it’s reflected in games this season.”

As if the midfield and forward line for LAFC wasn’t scary enough to deal with on a week-by-week basis, its defense has conceded no more than a goal in all but one of its games.

LAFC has nothing but backed up its claim to win a championship so far, and it gets another chance to reinforce that in a week’s time with a trip to CenturyLink Field on the docket.

“I wish they’d get a grass field, but what can I say, with all the great things that Seattle has done, I have tremendous respect and admiration,” Bradley said. “Next week’s going to be a different game, in part because it’s going to be on turf. It’s just a fact.”