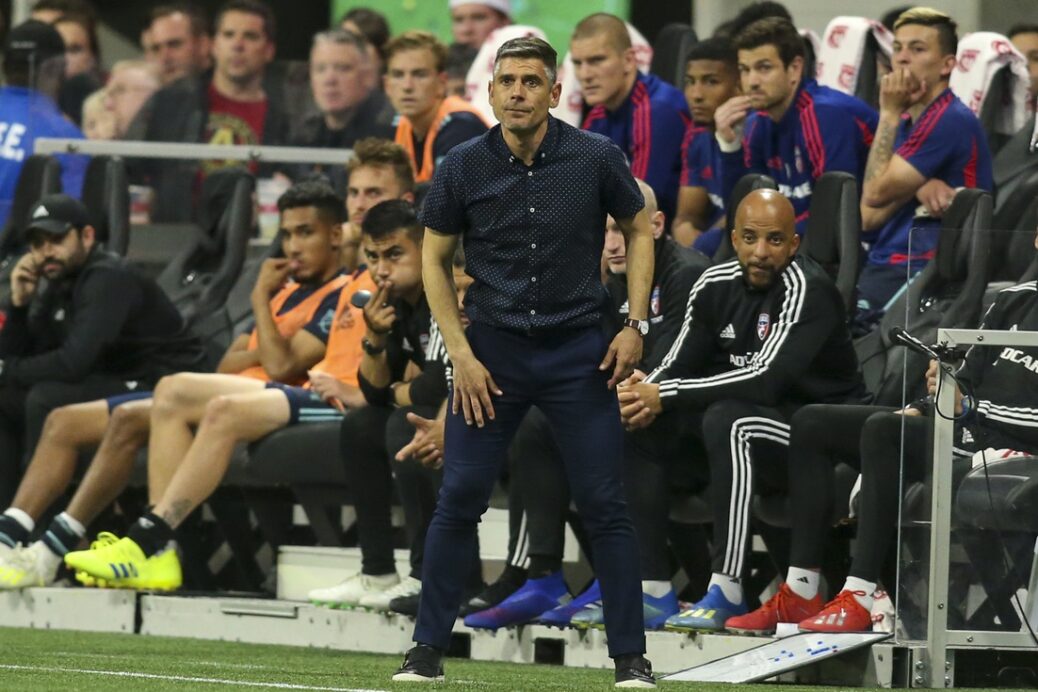 Not many teams have been able to go to Mercedes-Benz Stadium and return home with three points. FC Dallas became the first time since May 2018 to do so on Saturday, claiming a 2-1 victory in Atlanta.

Luchi Gonzalez’s side earned their fifth win of the 2019 season, giving them 16 points through eight matches. It was a statement win over the defending MLS Cup champs that proves the kind of work Gonzalez is doing with this group.

“It’s a privilege to work with our players and staff and to have a game like we did, in terms of a result,” Gonzalez said. “I thought the first 15-20 minutes we were very positive in our press and we were aggressive. We got numbers upfield and we got an early goal, which is always a good way to start.”

“Obviously, they started to react and respond and commit numbers and then we had to absorb more, especially in the second half. But the counter was on and that tended to be the tactic as the game winded down and we were fortunate to get that second goal in transition. Then at the end, there was more pressure from them that we had to absorb. The penalty got them back into the game, but I know there was no time left.”

18-year-old Jesus Ferreira scored his third goal of the season, while playmaker Michael Barrios assisted on both of Dallas’ goals. Bryan Acosta also scored his first goal for the club, helping them ice the result despite a late penalty kick from Josef Martinez.

It was a strong defensive effort as well by the team, who allowed eight shots on goal, seven of which were saved by Jesse Gonzalez. John Nelson came on to help close out the final 30+ minutes after Matheus Bressan left injured.

“Just have to be really proud of the boys to come here to a beautiful environment for the league, for the world and for soccer and to get a result. I’m proud to be amongst these guys. So, no time to reflect other than tomorrow and Monday and then as the week starts, we are getting ready for San Jose, an in-conference rival.”

“We have to do better in some of these stats in terms of possession and shots. Shots we actually were pretty efficient, of eight we put six on target. But we want to get more of them and more passes together so we are going to develop that as the week goes on for the next game.”

Early season victories are not only important for the points ahead of the brutal summer months, but also to help build morale and chemistry among the team. The Five Stripes may still be learning under new boss Frank De Boer, but Dallas was able to learn what it takes to win in a hostile environment and put themselves on the map as a team to be reckoned with in the Western Conference.

Over 43,000 fans packed Mercedes-Benz Stadium hoping to see the Five Stripes earn their second win. Instead, they witnessed FC Dallas earn their second straight win against Atlanta United and improve to 16 points through eight matches under their new head coach.

“Yeah, it is good for our confidence, especially against the champion,” FCD defender Reto Ziegler said. “It’s important for our confidence since we have a lot of young players on the team. They see that we can win against teams like Atlanta, it gives them confidence because the season is long and so, at the end, I think we deserved it.”

Although the team shocked the defending champs in their house, improvement is still needed to avoid being under countless pressure like today. The road doesn’t get easier for FCD who take on four West teams in their next five matches including a Texas Derby in Houston and a home-and-home against LAFC.

“I think we need to maintain more possession,” Jesse Gonzalez said. “That is something that we have to work on. I think we are dropping back too soon when we can still maintain possession. We are still working on some tactics and I think throughout the year we are going to get better at those.”