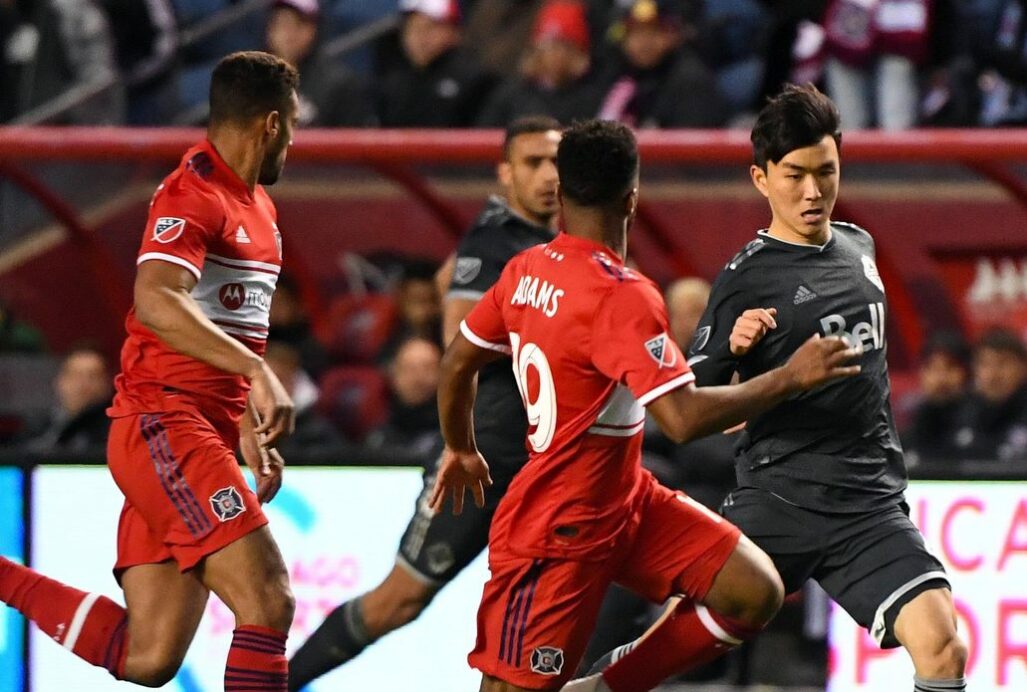 The Chicago Fire saved it late but was able to pick up a point for the second week in a row.

Nemanja Nikolic’s 84th minute penalty kick goal helped the Fire to a 1-1 draw against the Vancouver Whitecaps at Seat Geek Stadium. Doneil Henry’s handball was whistled by referee Jair Marrufo and despite a look at video review, was ruled a penalty kick in favor of Chicago.

Nikolic stepped up and beat Maxime Crepeau to the top-left corner for his second goal of 2019.

Crepeau was the busier of the goalkeepers, making five saves including three in the opening 45 minutes. Nikolic was kept out in the opening ten minutes while Bastian Schweinsteiger and Aleksandar Katai also saw efforts repelled.

Yordy Reyna broke the deadlock in the 53rd minute, beating David Ousted from a tight angle into the center of the goal. It was the Peruvian’s first goal of the season.

Joaquin Ardaiz could’ve wrapped up Marc Dos Santos’ first MLS win in the 75th minute, but rattled the crossbar from long-range. Hwang In-Beom and C.J. Sapong traded efforts in the final minutes but the points would be shared at the final whistle.

Nikolic’s second goal of the season proved to be important as the Hungarian stepped up and scored from the spot with confidence.

Video review was used in this match and would rule effective in the second-half, allowing Chicago a chance at a point.

Henry has been the Whitecaps defensive leader all season but truly let his team down in this contest.