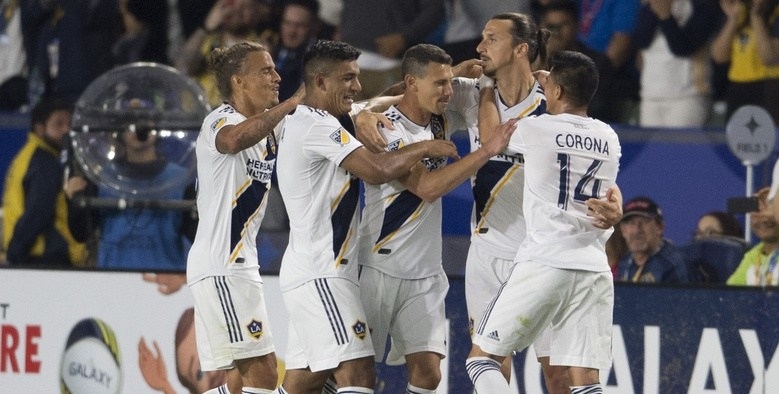 The LA Galaxy missed Zlatan Ibrahimovic’s contributions over the last few weeks. Ibrahimovic returned to the Galaxy’s starting XI on Sunday and was back to his usual self.

Ibrahimovic scored a brace at Stubhub Center to help lift the Galaxy past the Portland Timbers 2-1.

The Swedish star scored first in the 33rd minute after beating Jeff Attinella from the penalty spot. Claude Dielna brought down Ibrahimovic which allowed the striker to score.

Jeremy Ebobisse equalized for the Timbers two minutes before halftime. The striker got on the end of David Guzman’s pass and rifled past David Bingham.

Ibrahimovic scored the winning goal in the 63rd minute, again from the penalty spot. Attinella was the guilty party this time as he bundled over the forward. The Swede sent a Panenka down the middle of the goal to ice the win.

Attinella was the busier of the keepers, making seven saves in the loss.

LA travels to Vancouver on Friday while winless Portland faces San Jose away from home.

Ibrahimovic lifted the Galaxy to a needed win with the veteran calling his own number twice.

The second penalty kick ended up being the decisive decision in the Match ultimately allowing Ibrahimovic the chance to score the game winning goal.

Diego Valeri continued to be quiet for Portland as the Timbers struggle for numerous goals.