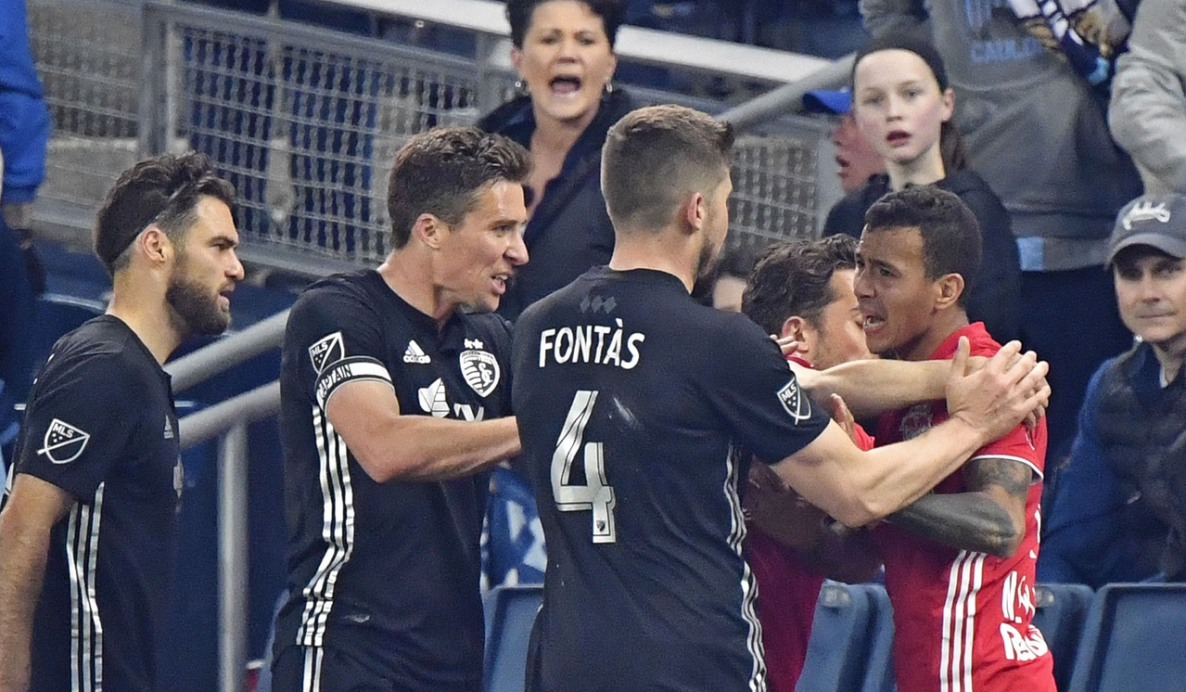 Week 7 of the Major League Soccer season ended on a terrible note, after New York Red Bulls midfielder Kaku kicked a ball into the stands at Children’s Mercy Park, hitting a spectator in the process.

Kaku was sent off for the incident in the 94th minute of the Red Bulls’ 2-2 draw with Sporting Kansas City.

After the game, Red Bulls players went over to check on the fan at Children’s Mercy Park.

Checking in with the fan in the stands. 🙏

Thank you for a great game, @SportingKC. pic.twitter.com/wQGGvKWxVL

On Monday morning, the Red Bulls issued a statement regarding the incident.

“The New York Red Bulls organization does not condone the type of behavior displayed near the end of Sunday night’s match in Kansas City,” the statement read. “We hold everyone in our organization to a high standard of conduct. The matter will continue to be discussed internally and we will have no further comment at this time.”

Kaku issued an apology of his own through Twitter on Sunday night.

Although he addressed the situation right away with an apology, the midfielder likely faces a multiple-game suspension for his actions.