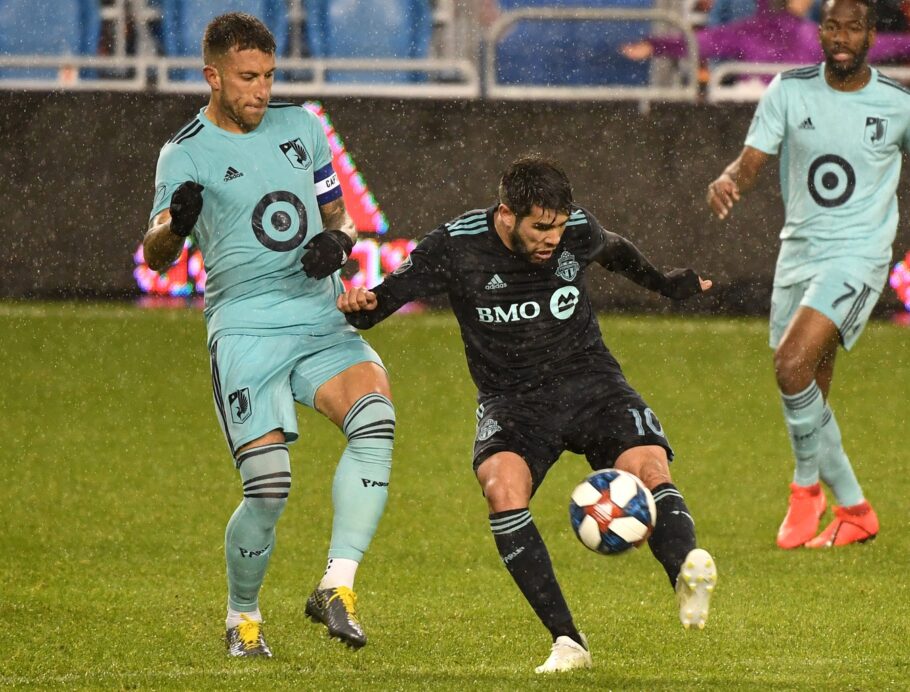 Matchday 8 in Major League Soccer saw Toronto FC bounce back from their first loss of 2019.

Greg Vanney’s side held on for a 4-3 win over Minnesota United as Alejandro Pozuelo and Jordan Hamilton both notched braces. Darwin Quintero also scored twice in the match.

Real Salt Lake made it two consecutive league wins after a dominant 3-0 victory over FC Cincinnati on Friday night.

Albert Rusnak bagged a brace while Sam Johnson scored in his second consecutive match. Rusnak’s opener came in the 42nd minute, as the Slovakian scored on a rebound after Corey Baird was saved.

Mathieu Deplagne conceded a penalty kick before the hour mark allowing Rusnak to score his second of the evening.

Despite 14 shots in total, FCC only recorded one on goal as they suffered their third loss in the past four matches.

BMO Field hosted a seven-goal thriller on Friday with Toronto FC holding on for a 4-3 win.

Alejandro Pozuelo continued his strong start in Major League Soccer with a two-goal performance while Jordan Hamilton also notched a pair of goals.

Pozuelo’s goals came two minutes apart in the 28th and 30th minutes respectively which TFC up 2-1, despite an early goal from Darwin Quintero.

Angelo Rodriguez headed the Loons level in the 57th minute before Quintero notched his second goal of the evening, this time from the penalty spot.

Hamilton made it 3-3 after 77 minutes ahead of his eventual game-winning goal two minutes later via a header.

Minnesota’s frustration boiled over with Jan Gregus and Francisco Calvo both being sent off in the final minutes.

The headlining match of the night saw seen the host LA Galaxy defeat the Houston Dynamo 2-1 at Stubhub Center.

Zlatan Ibrahimovic continued his strong form, scoring from a penalty kick in the 31st minute. The Swede drew a foul from A.J. DeLaGarza and stepped up to score his seventh goal of the season.

Alberth Elis leveled things in the 53rd minute, scoring from the penalty spot after being fouled by Jorden Skjelvik.

Diego Polenta saved his best Galaxy moment so far for last, heading in the winning goal in the 88th minute. Jonathan dos Santos sent in a cross and Polenta headed into the bottom-right corner for his first MLS goal.

LA jumps to second place in the West while the Dynamo stay in fourth after suffering their first loss of the season.