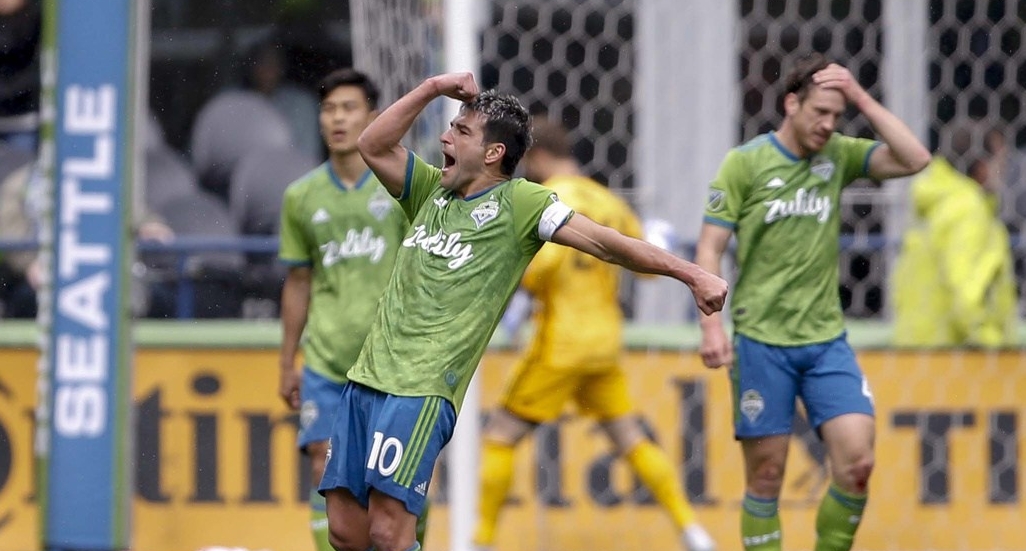 There will no shortage of top MLS action this holiday weekend with a pair of Western Conference hopefuls meeting in Los Angeles.

LAFC returns to Banc of California Stadium on Sunday to face an in-form Seattle Sounders side, who are unbeaten. Bob Bradley’s side suffered a shocking 1-0 road loss in Vancouver midweek and will look to bounce back against tough competition. Seattle have won back-to-back matches, including a 3-2 success over TFC.

Elsewhere this weekend, Caleb Porter will face his former club as the Columbus Crew hosts the Portland Timbers. Atlanta United returns home to face off with FC Dallas, the LA Galaxy takes on the Houston Dynamo, and Toronto FC entertains Minnesota United at BMO Field.

Two teams coming off opposite results of late will meet in LA on Sunday night to close out the weekend.

LAFC will hope to rebound and have the toughest opponents to try and do so against. Carlos Vela, Diego Rossi, and Christian Ramirez were silenced by the Whitecaps midweek and will try and crack a Sounders backline who have conceded only five times in six matches.

The Sounders held on for a 3-2 home win over Toronto FC last weekend, with Will Bruin bagging a brace. Bruin, 29, has tallied 22 goals for the Sounders since joining from Houston in 2017, while also adding veteran experience to the mix.

Chad Marshall will have the tough task of limiting Vela and Co.

Two points separate the Dynamo and Galaxy in the West standings heading into Friday’s meeting at Stubhub Center.

Zlatan Ibrahimovic’s brace last weekend helped the Galaxy down the visiting Philadelphia Union 2-0. The Swede now has six goals in four appearances in 2019, which has seen the Galaxy win four straight. Defensively, they’ve been solid as well with a pair of back-to-back clean sheets.

Houston are unbeaten coming into this clash, winning their last four matches. Memo Rodriguez and his four goals have stolen the headlines, but Alberth Elis and Mauro Manotas deserve lengthy credit as they’ve combined for five goals and six assists so far.

The Dynamo may find it tough to deal with Zlatan but luckily Aljaz Struna and Maynor Figueroa have played well so far.

Caleb Porter’s Crew will take on the Portland Timbers at Mafpre Stadium, aiming to rebound from a difficult day in Montreal.

A 1-0 loss to the Impact snapped a two-match winning run which saw Columbus post clean sheets in both fixtures. The Crew had their chances at Stade Saputo but Gyasi Zardes was held in check, failing to record a shot on goal.

Portland have struggled mightily this season, failing to win in either of their opening six matches. A five-match losing streak surely has Giovanni Savarese on the hot seat heading into this Saturday’s contest.

Cristhian Paredes has one goal to his credit this season and could provide a spark once again.

Atlanta United earned their first win of 2019 with a 2-0 success over New England last weekend, with Ezequiel Barco scoring a brace. The 20-year-old has three goals already this campaign, one less than the entire 2018 season.

FC Dallas are fifth in the West and bounced back with a 2-1 win over Portland a week ago. 18-year-old Jesus Ferreira scored his second goal of the season while Reto Ziegler also found the back of the net.

Defensively both teams will need to be strong if they want to avoid a shootout at Mercedes-Benz Stadium.

Toronto FC suffered defeat for the first time in 2019 but return to BMO Field on Friday.

Greg Vanney’s side welcomes Minnesota United to town hoping to keep their hold of the top spot in the East. A 3-2 loss in Seattle saw Jozy Altidore’s brace go to waste while Alejandro Pozuelo also added two assists. Expect TFC to rebound on their home turf.

The Loons settled for a 3-3 draw in their home opener at Allianz Field last weekend against NYCFC. Ozzie Alonso and Angelo Rodriguez each bagged goals but Adrian Heath’s side conceded a second-half equalizer in a thrilling affair.

TFC downed Minnesota 3-2 in this fixture two seasons ago in Canada.

Here’s the full MLS schedule for this weekend: