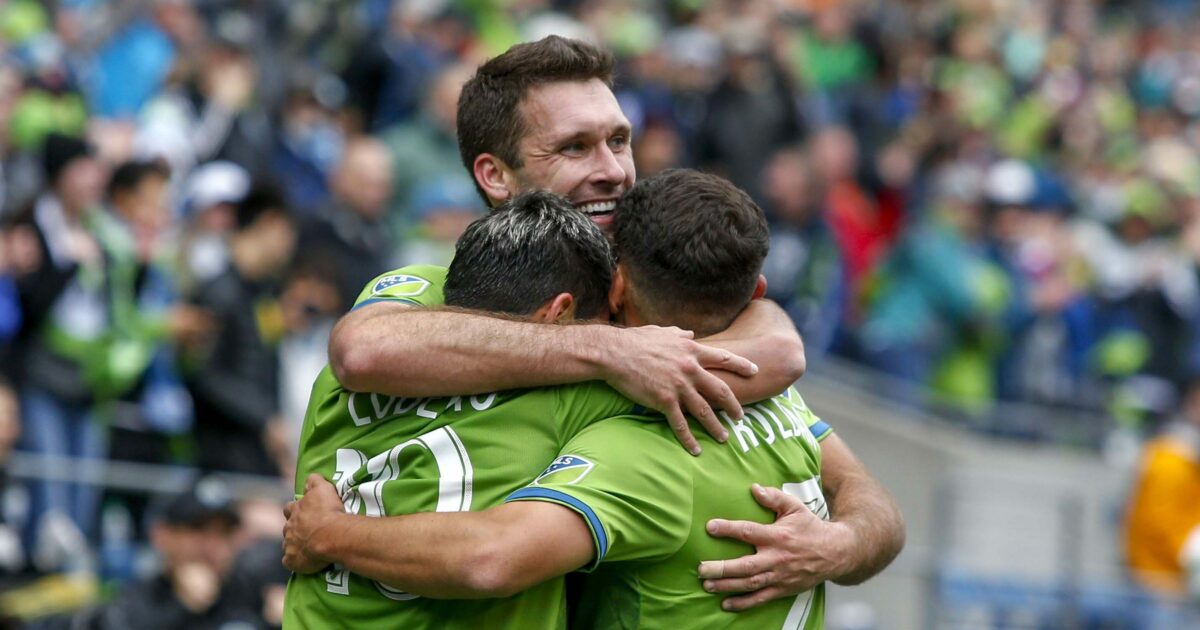 The Seattle Sounders put and end to Toronto FC’s undefeated start in a wild 3-2 victory to headline the early slate of Saturday’s action. Minnesota United opened up Allianz Field with a 3-3 draw against New York City FC in a game that featured an impressive opening goal and one of the most embarrassing own goals you will ever see.

Still to come, the LA Galaxy hosts the Philadelphia Union while LAFC faces off with FC Cincinnati.

The Montreal Impact earned a crucial win against the Eastern Conference leader Columbus Crew on Saturday as Harry Novillo scored his first MLS goal in the 55th minute off of a pass from Maxi Urruti after he pressured and took the ball from Crew center back Jonathan Mensah.

After a scoreless first half and an extended halftime thanks to sever weather, Alberth Elis capitalized on a counter to finally break the scoreless deadlock in the 52nd minute by smacking home a Mauro Manotas feed.

Jackson Yueill pulled even for San Jose on a curler in the 56th minute, but Houston answered right back on a goal by Tomas Martinez to make it 2-1 Houston at the hour-mark.

As frustrations continue to grow for San Jose, Marcos Lopez drew a straight red card in the 87th minute for his dangerous tackle on Boniek Garcia.

Jozy Altidore opened the scoring for the visitors in just the 11th minute, heading an Alejandro Pozuelo cross past Stefan Frei for the 1-0 lead. Will Bruin equalized for the Sounders in the 24th minute, heading a deflected Brad Smith cross past goalkeeper Quentin Westberg to tie the match 1-1.

Bruin and Smith teamed up again in the 66th minute, with Bruin finishing a Smith cross from the left side for the 2-1 lead. Cristian Roldan seemed to put the match away with an insurance goal in the 68th minute, but Pozuelo found Altidore for a second time just two minutes later, putting the visitors back in the match at 3-2.

Ozzie Alonso scored the first goal at Allianz Field on a second chance ball after Francisco Calvo missed a header from Jan Gregus in the 13th minute. NYCFC answered back just minutes later as Valentin Castellanos scored in the 16th minute, and it took the lead just two minutes later on a goal by Ismael Tajouri-Shradi.

The Loons fired back with another goal by Angelo Rodriguez in the 20th minute and were gifted the lead in the 32nd minute as goalkeeper Sean Johnson completely misplayed a back-pass from Ebenezer Ofori and let the ball roll into the back of his own net.

In a much tamer second half, Tajouri-Shradi scored the only goal in the final 45 minutes to complete his brace and send NYCFC back home with a point.

It was Ezequiel Barco’s night at Foxboro as the young Argentine bagged a brace in Atlanta’s 2-0 win over New England on the road. His first came in the 29th minute when he knocked home a Hector Villalba feed from point blank range.

Barco doubled the Atlanta lead with his second goal of the night in the 49th minute. The midfielder raced to a loose ball on the left side of the penalty area and fired into the top right part of the net after he was given plenty of space to shoot.

FC Dallas went ahead on a goal by Jesus Ferreira that was initially called back for offside. It was given, however, after a rather quick VAR review showed that Ferreira was not only onside, but received the ball thanks to a deflection off a Portland defender, negating any potential infraction.

Portland’s shaky defense nearly conceded in the 58th minute. but a heroic effort from Jeff Attinella in goal kept the ball out. Unfortunately for the Timbers, Jorge Moreira spoiled the save by tripping Pablo Aranguiz near the goal, allowing Reto Ziegler to double the lead from the spot.

The Timbers pulled one back in the 67th minute with a perfect cross from Sebastian Blanco onto the head of Cristhian Paredes, who snuck the ball past Jesse Gonzalez, but it wasn’t enough. FC Dallas held on despite a pair of stoppage time penalty shouts from the Timbers.

Real Salt Lake went in front thanks to Sam Johnson’s right-footed rocket that sailed past Orlando’s Brian Rowe after a quick restart on a counterattack in the 17th minute. RSL would get their second in the 55th minute with a goal from Damir Kreilach. he doubled RSL’s lead from the top of the box thanks to a perfectly placed pass from Jefferson Savarino.

RSL made the ending interesting when the scored in the 81st minute. Nani blasted a free kick goal past a five man RSL wall and an outstretched goalkeeper Nick Rimando to make it 2-1, but it wasn’t enough for the away side as RSL held on for the win.

Benny Feilhaber opened the scoring 11 minutes in off a Rapids corner. The initial header from Tommy Smith fell right to him as he sat mostly unmarked at the far post. He quickly collected the ball and smashed it into the back of the net.

D.C. his back with a trio of quick of goals beginning in the 35th minute. Luciano Acosta buried the first from close range off a corner and Chris Durkin put them in front just three minutes later with a well placed shot at the far post. Lucas Rodriguez finished the barrage in the 43rd with a determined effort as he ran through the Colorado defense before tucking the ball home to make it 3-1 to the visitors.

The Rapids got themselves back into the game in the 66th minute when Feilhaber turned helper by lofting a cross to a wide open Kei Kamara for an easy headed finish. Despite consistent pressure in the final 20 minutes, D.C. United hung on to leave Dick’s Sporting Goods Park with all three points.

Zlatan Ibrahimovic scored his fifth goal of the young season in the 27th minute by rising high above the Union defense to collect a Jorgen Skjelvik cross and head it home. His sixth of the year came after a long VAR session awarded him a penalty. After the lengthy delay, he scored from the spot in the 36th minute to make it 2-0 to the Galaxy.

The Union put a little bit of pressure on LA early in the second half, but most of the frame was spent watching the Galaxy play keepaway from their opponents. Any chance Philadelphia had of coming back was more or less shot when Auston Trusty was sent off after picking up a second yellow in the 76th minute.

LAFC’s Mark-Anthony Kaye scored on a corner from Carlos Vela in the 32nd minute, shorty after he was nearly awarded a penalty after a heavy touch from FCC’s Kekuta Manneh. That goal held up for quite some time and Carlos Vela sealed the deal for LAFC in stoppage time. In the 93rd mintue, he snuck one past Spencer Richey, who was on his head up until the final moments.