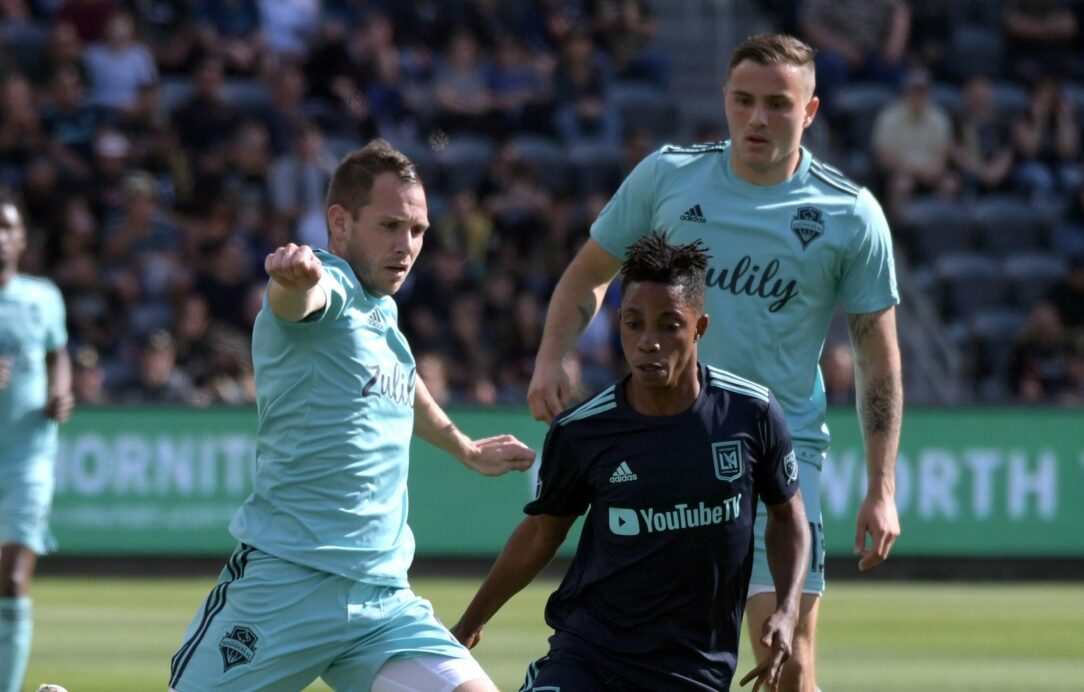 Four matches concludes Matchday 9 in Major League Soccer with two familiar foes meeting up for their second matchup in a week.

League leaders LAFC trounced the Seattle Sounders last weekend but could only earn a point at CenturyLink Field on Sunday afternoon. Seattle finished with nine men but did leave the stadium with a 1-1 draw against their West rivals.

Allianz Field was rocking as hosts Minnesota United held off D.C. United for a 1-0 win. Angelo Rodriguez scored the winning goal in that contest.

Two teams coming off opposite results met at Stade Saputo on Sunday with the hosts earning all three points.

The Montreal Impact used an 83rd minute winning goal from Omar Browne to down the Chicago Fire 1-0. Browne came on as a second-half substitute and made the most of his time with a close-range finish.

The Impact are in second place, leapfrogging the Philadelphia Union while Chicago is in eighth.

Minnesota United got to savor their first victory at Allianz Field on Sunday.

The Loons held off D.C. United for a 1-0 win, giving them four victories now in 2019. In a match which only saw three shots on goal out of 22 in total between the two clubs, it was the hosts who found the breakthrough in the 82nd minute.

Angelo Rodriguez’s right-footed finish proved to be the difference in the match. The 30-year-old now has four goals on the season, after scoring three in April.

D.C. United’s offensive struggles continued as the Black and Red were held to one shot on goal.

D.C. remains atop the East due to goal-differential while Minnesota are in sixth place in the West.

Both goals were scored in the opening four minutes as Carlos Vela canceled out Jordan Morris’ first-minute opener. Morris’ left-footed finish kicked off a fast start from CenturyLink Field before Vela scored his 11th league goal of the season.

Cristian Roldan was sent off in the 18th minute which hamstringed the Sounders for the rest of the match. Stefan Frei made four saves to help his side to a point.

The Sounders also scuffed a late chance in stoppage time which could’ve earned them all three points. Vela’s late free kick went high and wide after Kelvin Leerdam was also sent off for bundling over Diego Rossi just outside of the box.

LAFC remains in top spot while the Sounders will finish the weekend in fifth.

The LA Galaxy got back to winning ways with a 2-1 home success over Real Salt Lake.

Uriel Antuna’s first goal for the club came in the 16th minute, breaking the deadlock between the two Western Conference clubs. Antuna picked up a pass from Chris Pontius and made no mistake in front of goal.

RSL put pressure on after halftime as Damir Kreilach struck the crossbar. Ten minutes after saw Donny Toia equalize via a rebound finish.

Zlatan Ibrahimovic continued a strong 2019, scoring the game-winner in the 78th minute. The Swede slotted home from close range to give LA all three points.