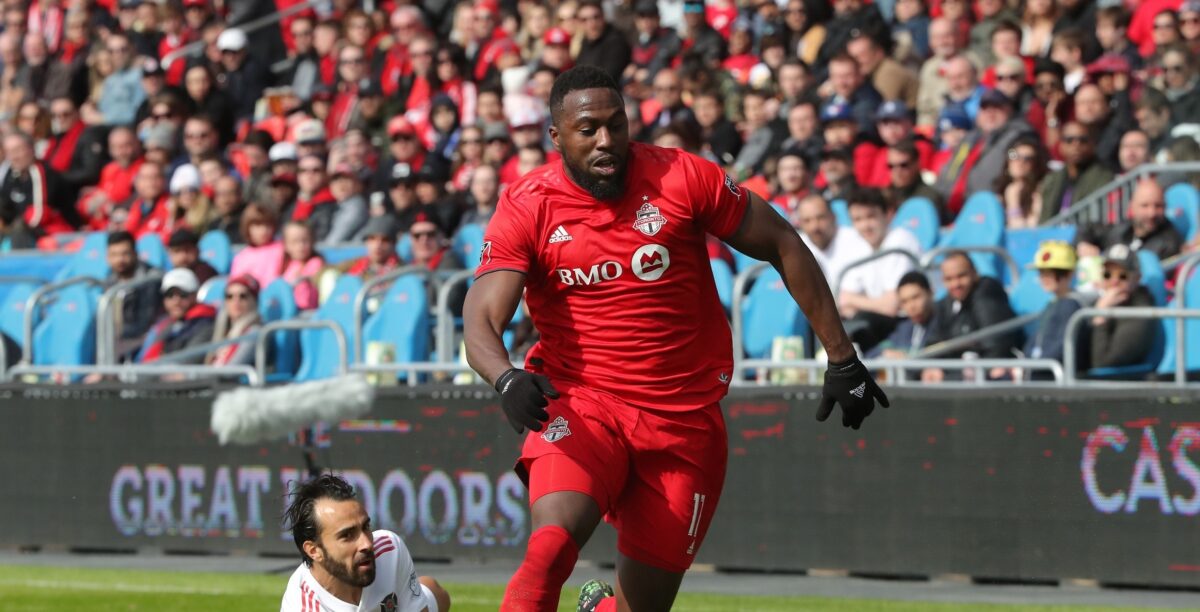 Both the Seattle Sounders and Toronto FC have started off strong to open the 2019 Major League Soccer season and the former league champions will meet at CenturyLink Field to headline Saturday’s schedule.

Jordan Morris and Jozy Altidore are the marquee names in attack while Raul Ruidiaz and Alejandro Pozuelo will also look to chip in production as well. Toronto sits in third place in the East while Seattle is a place better in the West. The Sounders won the last meeting between these sides in May 2018, downing TFC 2-1 at BMO Field.

A pair of teams hoping to make it back into MLS’ elite will square off on Saturday afternoon.

Seattle had its Wednesday match in Colorado postponed due to weather so it will have fresh legs coming into this clash. A 1-0 win over Real Salt Lake last weekend saw Nicolas Lodeiro score his second goal of the season. The Uruguayan will play a large role if Seattle wants to knock off TFC in this contest, as he has two goals and three assists in five matches.

Toronto saw its winless streak snapped against the Chicago Fire last weekend in a 2-2 draw. Altidore recorded a goal and assist while Jonathan Osorio helped the Reds earn a point at home, Saturday is Toronto’s first road match since opening day.

MLS league leaders LAFC return to Banc of California Stadium Saturday to face the newcomers in an inter-conference matchup.

Bob Bradley’s side is coming off a 4-0 beatdown of D.C. United last weekend where Diego Rossi had a hat trick. Carlos Vela also chipped in a goal and assist in what has been a dominant opening to the season. With five wins from six to open the season, LAFC will be favorites to win by a few goals in this contest.

FC Cincinnati has sputtered a bit since its three-match unbeaten run in March, losing to Philadelphia and tying Sporting KC.

A 1-1 draw against Peter Vermes’ side was a good point for the expansion club who face its toughest test yet. Defensively FC Cincinnati needs to be strong and confident against LAFC’s attack which will throw a lot of different looks at them.

Another LA side returns home as the Galaxy welcome an in-form Union side to Dignity Health Sports Park.

Zlatan Ibrahimovic and Co. are coming off a 2-0 win in Vancouver in which the Swedish star had a goal and an assist. It was the club’s third win in a row and it enters Saturday in third in the West standings. Giancarlo Gonzalez’s arrival will add another experienced figure to the backline that has allowed three goals during this winning streak.

Jim Curtin’s side is on a three-match winning run of its own, which was extended by the 2-1 win over FC Dallas on Saturday. Cory Burke and Alejandro Bedoya scored seven minutes apart to help the hosts move into fourth place. Jack Elliott and Auston Trusty will look to limit Ibrahimovic, who scored the winning goal in last season’s meeting.

The Union have not won in LA since 2012, losing two of their last three meetings out West.

SKC is on a four-match unbeaten run in league play which has seen it outscore its opponents 11-3 over that span. Johnny Russell and Krisztian Nemeth will headline the attacking chances but also look out for Gianluca Busio, who scored his third career MLS goal last weekend.

Chris Armas’ side is trying to rebound from three straight defeats in which it has failed to score in two of them. A recent 2-1 home loss to Minnesota United saw the Red Bulls attack continue to struggle, and there could be more changes to the squad  this weekend. Cristian Casseres Jr scored his first MLS goal despite the loss and could start again this weekend.

New York is 2-2-1 in their last five meetings against SKC.

Adrian Heath’s side rebounded from back-to-back losses with a 2-1 road win over the New York Red Bulls last weekend. The visitors used goals from Abu Danladi and Romario Ibarra to snatch their third road win of the season. The home side will have extra energy in this contest as it plays in its first match at new stadium.

Ibarra has two goals in MLS play this season and will need to be impactful if Minnesota wants to make it consecutive wins.

NYCFC is winless on the season and has been held scoreless in three of their five matches so far. Offensively they need players like Alexandru Mitrita, Jonathan Lewis, and Jesus Medina to step up for goals to start coming.

The Loons defeated NYCFC 2-1 in this fixture last season.