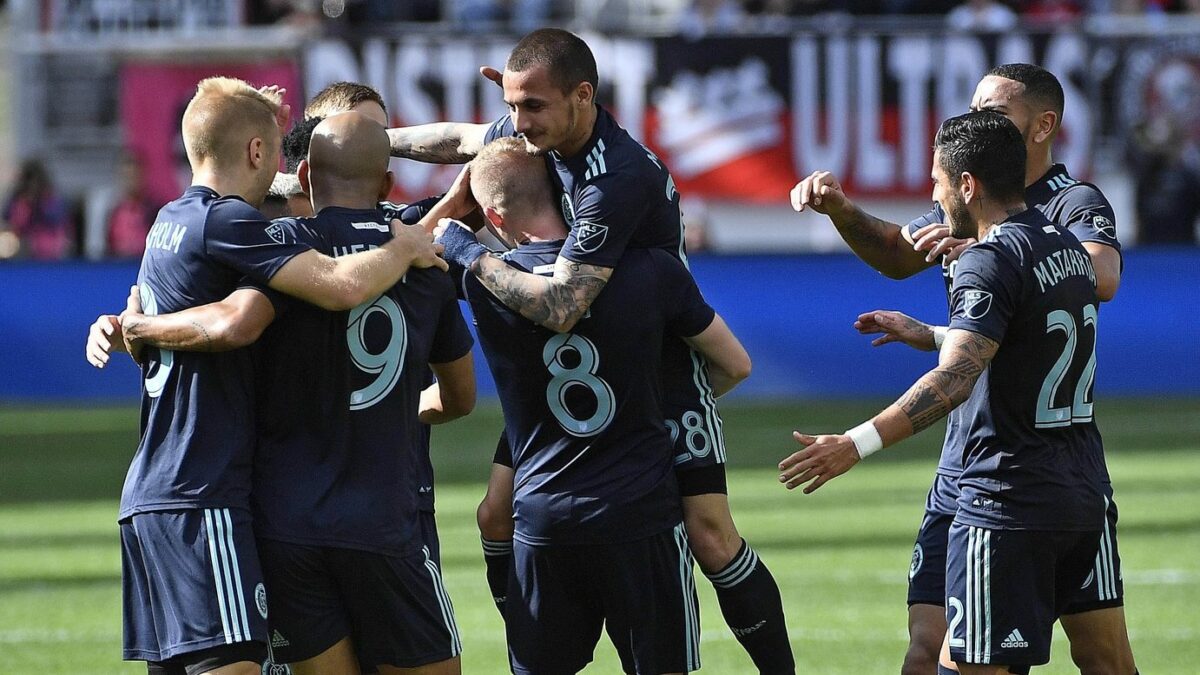 It may have taken seven matches to do so, but NYCFC was finally about to savor its first victory.

Dome Torrent’s side scored a goal in each half to down D.C. United, 2-0, at Audi Field. Brazilian forward Heber netted his first MLS goal while also recording an assist in the triumph.

The former NHK Rijeka man set up Alexandru Mitrita in the 35th minute to give NYCFC an advantage. Mitrita did the rest, slotting a left-footed effort into the bottom-right corner.

NYCFC came close to doubling its first half lead but Maxi Moralez struck the post from the penalty spot in stoppage time.

After Moralez was left frustrated by the post again, Heber iced the result before the hour mark. Following a corner kick, the Brazilian got on the end of Ronald Matarrita’s pass and beat Bill Hamid to the center of the goal.

Wayne Rooney had two of D.C.’s three shots on goal but was unable to help his side avoid a second defeat of the month.

NYCFC (1-1-5) returns to Yankee Stadium for a two-match home stand, beginning with the Chicago Fire on Wednesday. D.C. (4-2-2) are also in action midweek, traveling to Columbus on the same day.

Heber stole the show with a goal and assist as NYCFC earned their first three points of 2019.

Even though Moralez was kept out twice by the post, NYCFC were able to ice the win as Heber got in on the action after halftime.

Outside of Rooney, nobody in the D.C. attack brought anything to the table. Playmaker Lucho Acosta lost possession 27 times and failed to get a shot on goal.