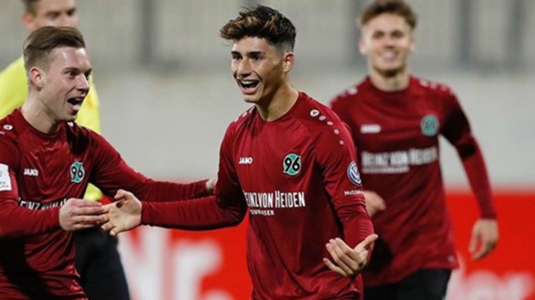 Sebastian Soto rolled his way into training with the Hannover first team and Saturday marked an individual accomplishment for the 18-year-old.

Soto made his Bundesliga debut on Saturday, coming off the bench and playing 11 minutes in Hannover’s 3-1 loss at Wolfsburg.

He replaced Hannover captain Marvin Bakalorz late in the second-half to earn his first senior minutes.

Soto finished the match with one completed pass, one successful header, and one duel won. Despite his introduction, Soto was unable to help Hannover avoid their seventh consecutive defeat and their 10th of the calendar year.

The forward has impressed this season, scoring 12 goals and adding five assists in 18 league appearances with Hannover’s U-19 side.

He’s also seen time with the U.S. U-19 and U-20 Men’s National Teams, appearing in last fall’s Concacaf U-20 Championship.

Soto is one of three American products currently with Hannover, rounding out Bobby Wood and Chris Gloster. Wood has struggled for minutes of late while Gloster is awaiting his first-team debut.

Hannover is next in action on April 13th against Borussia Monchengladbach.