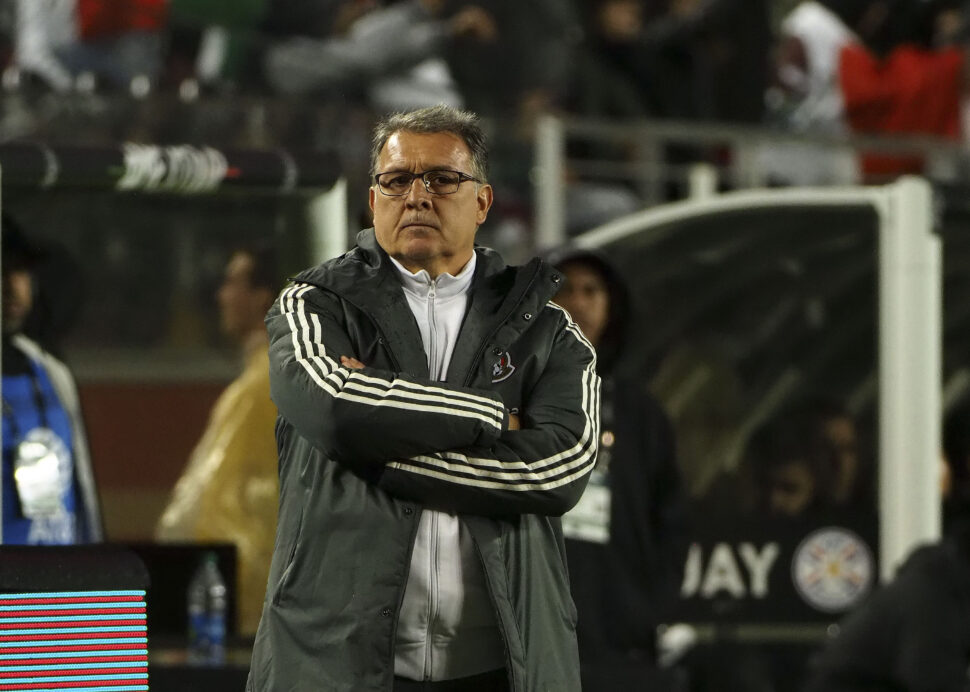 After taking the league by storm in 2017, then storming their way through the league en route to an MLS Cup title in just their second season in 2018, the Five Stripes have suddenly become just a red and black shell of their former selves.

Former Atlanta United, now Mexico Men’s National Team manager Gerardo “Tata” Martino, had some calming words for the Atlanta supporters’ base in a recent Q&A with the Atlanta Journal-Constitution as he returned to Atlanta to promote Mexico’s June 5th pre-Gold Cup friendly against Venezuela, Tata’s first match at the Mercedes-Benz Stadium since leaving Atlanta United.

“Have patience,” he said.

“[The Atlanta United supporters] shouldn’t think that it’s easy to win titles. They shouldn’t believe that you can win a title every year in MLS.

“Also because they kept the base of the team, they replaced the best player (Miguel Almiron) on their team with the best player (Pity Martinez) in South America. They didn’t rest on their laurels. They doubled-down on their bet.”

Martino went 22-5-7 as Atlanta United’s first manager and guided them to an MLS Cup title over the Portland Timbers last year.

Despite leaving Atlanta almost as fast as he built a Cup-winning side and earned himself the MLS Coach of the Year award, Martino said that he’s kept up with the team, especially during their CONCACAF Champions League run when they lost to Mexican side Monterrey in the second round. He told the media on Monday that he “has nothing to add” on the club and that new manager Frank de Boer is “a step up for Atlanta United.”

He also said that his former job with Atlanta United “invited [him] to participate in a project that you have to build from scratch.”

“I think that in the short term, you saw things that we could have improved, but you also saw good things.”

Atlanta United played an explosive, aggressive style of attacking soccer under Martino, highlighted by Josef Martinez’s 31-goal, Golden Boot winning 2018 campaign. Atlanta scored 70 goals in both the 2017 and 2018 seasons, placing second and first in MLS in scoring each year, respectively.

They were the first expansion team to score 70-or-more goals in back-to-back seasons and the first MLS side to do it since D.C. United tallied 70 and 74 in 1997 and 1998, again respectively.

This year, under de Boer, the Five Stripes have struggled to manage just six goals and two wins through their first seven matches of the season, and are currently in unfamiliar territory – 10th place in the Eastern Conference table, well below the playoff line.

Martino also had advice on how Atlanta should deal with newcomer Pity Martinez.

“Here’s something that’s very important: the reality is not what happened with Miguel Almiron and Josef Martinez,” he explained. “That’s something that happens very rarely. All players need time.

“The players you buy for $1 million, $2 million, $10 million, this happens with the top teams in the world. The players have gotten there and sometimes haven’t gotten the results that are wanted. Sometimes, they never do. But, in his case, he just got there. It’s too soon.

“What the fans of Atlanta United should have no doubt is they have an exceptional player.”

Mexico’s June 5th friendly against Venezuela has a lot of significance for both the city of Atlanta and for Martino.

For Martino, it’s his first match in the Mercedes-Benz Stadium since he left Atlanta to take Mexico’s managerial job over the winter.

But for the city of Atlanta, the match comes just about 10 years to the date that the Georgia Dome hosted its first soccer game, which was, fittingly, Mexico vs. Venezuela. Martino hasn’t concerned himself with that part, however.