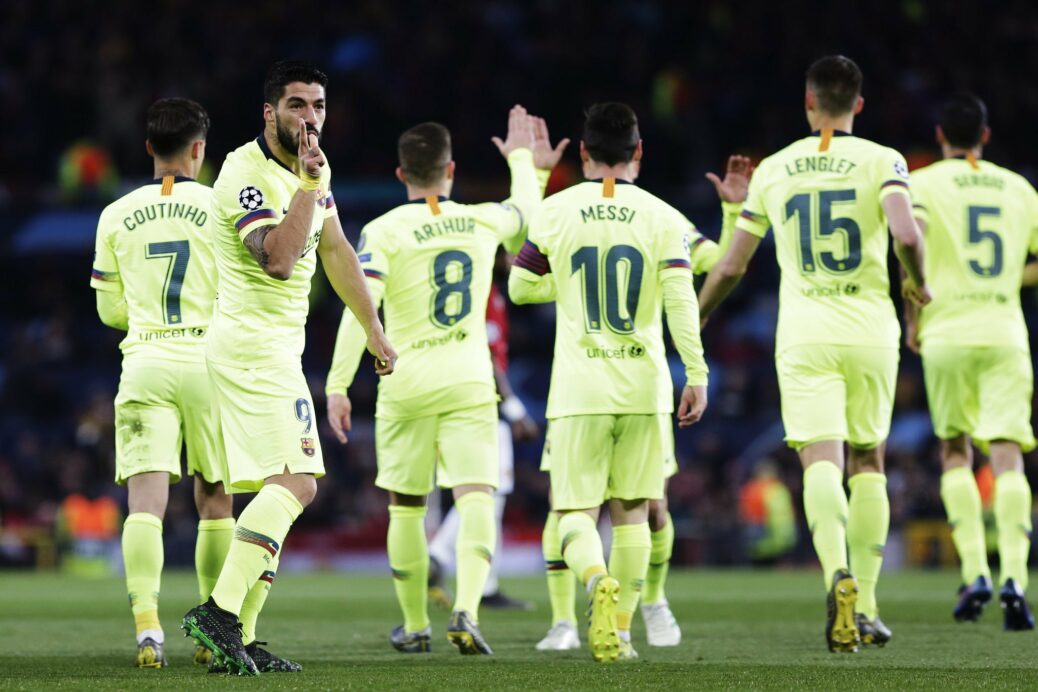 The lone goal found the back of the net in the 12th minute. Lionel Messi made a clever run into the penalty area before finding Luis Suarez at the far post. The former Liverpool forward headed the ball into Luke Shaw resulting in an own goal.

The Red Devils put in a respectable performance against the La Liga leaders attacking for much of the second half but failed to find the back of the net. Manchester United fans have become accustomed to seeing their club held scoreless in the competition this campaign but will be hoping to see the club overcome a deficit as they did against Paris Saint-Germain.

Cristiano Ronaldo returned to the Juventus lineup on Wednesday and made his impact felt in a 1-1 match against Ajax in Amsterdam.

The equalizer came from David Neres as the Brazilian scored just 29 seconds after the start of the second half. Neres made the most of a poor Joao Concelo touch before showing good strength and dribbling in the penalty area. The 22-year-old then curled an effort around a diving Wojciech Szczesny.

Ajax’s last round in the competition saw the club defeat Real Madrid away from home in the second leg and the quarterfinals present another opportunity to shock the world and stun Juventus.