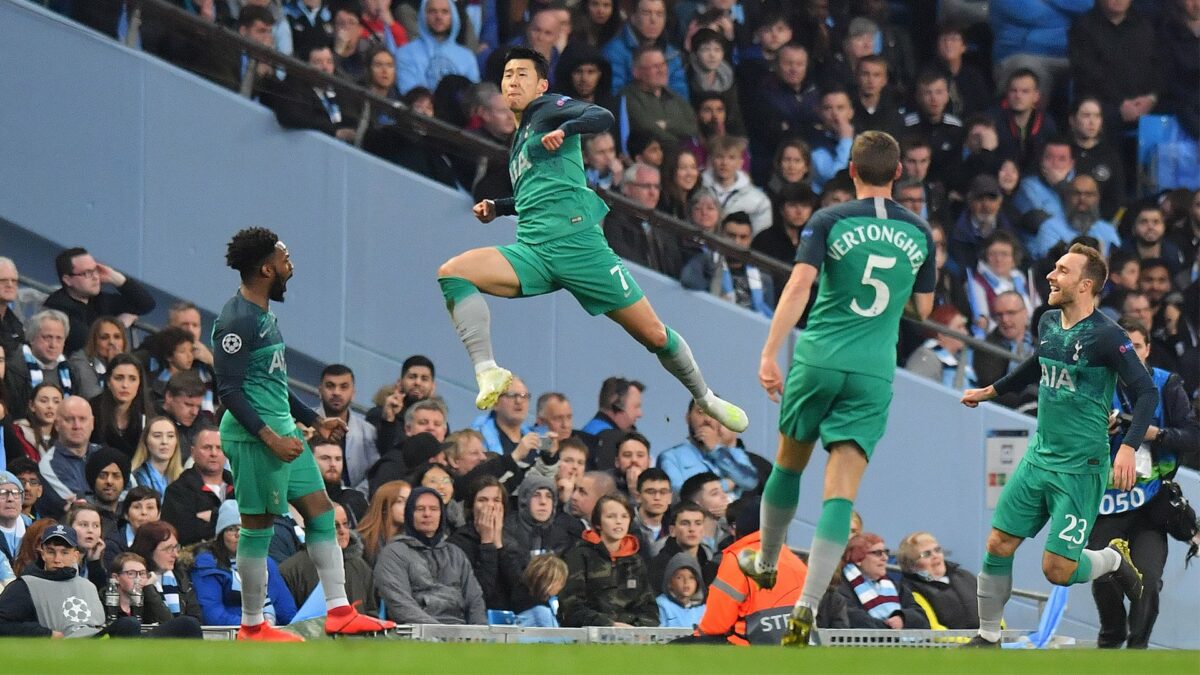 Tottenham Hotspur managed to eliminate Manchester City from the UEFA Champions League on Wednesday in a match that sent fans on a rollercoaster of emotions.

Raheem Sterling thought he found a winner for the Citizens in the closing minutes but was forced to stop celebrating when he discovered Sergio Aguero was offside in the buildup to the goal.

The game started with four goals in the opening 10 minutes with Heung-Min Son grabbing a brace sandwiched by a pair of Manchester City goals. The first of the two for the South Korean was a response to the opener scored by Sterling.

Sterling later matched Son’s two goals as his second came in the 21st minute from a tight angle as he got on the end of a cross from Kevin De Bruyne. Aguero also benefitted from a De Bruyne assist in the 59th minute as the Argentine matched Sterling’s effort from in close.

The eventual winner came from Fernando Llorente from a corner kick. The goal was not without controversy though as the ball struck his arm on the way to the back of the net but was ultimately ruled a goal, and gave Spurs what they needed to advance the semifinal of the UEFA Champions League.

Liverpool used a goal from each of the players in their front three as well as Virgil van Dijk on Wednesday to advance past Porto. The Portuguese side scored a goal of their own before the final whistle but it proved not to be enough as Jurgen Klopp’s men advance to a UCL semifinal for a second consecutive season.

The opening goal was scored by Sadio Mane in the 26th minute. The Senegalese forward tapped home from close range and eventually ruled a goal thanks to a VAR decision after originally being ruled offside.

Mohamed Salah doubled the visitor’s advantage with a confident finish at the backend of a counter-attack in the 55th minute. Roberto Firmino grabbed the third goal for his club nodding home a cross from Jordan Henderson while van Dijk matched the Brazilian’s effort heading home a corner kick.

Liverpool will face Barcelona in the semifinals while Tottenham entertains Ajax.