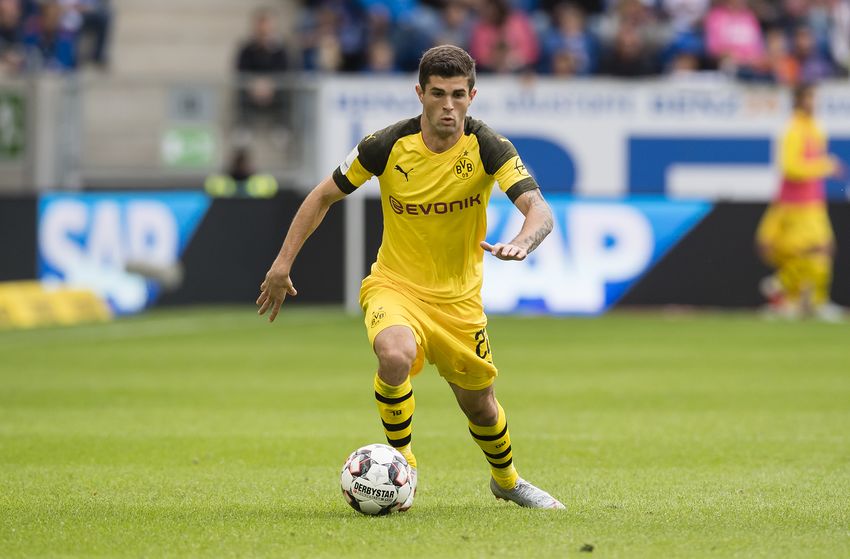 The Bundesliga title will be decided this weekend as Bayern Munich and Borussia Dortmund both aim for wins in their final matches of the season.

Christian Pulisic has yet to lift a league title in his Dortmund career but could end on a high with a win paired with Bayern dropping points on Saturday. Pulisic found the back of the net in Dortmund’s 3-2 win over Fortuna Dusseldorf last weekend in what was the 20-year-old’s final home match before he departs for Chelsea.

Dortmund take on rivals Borussia Monchengladbach while Bayern Munich hosts Eintracht Frankfurt. All four sides side in the top six heading into this weekend’s matches.

Elsewhere, Ethan Horvath and Club Brugge take on Antwerp on Sunday while Brendan Hines-Ike and Kortrijk take on Cercle Brugge on Friday. Weston McKennie and Tyler Adams both look for positive endings to their league schedule. Andrew Wooten and Sandhausen sit two points clear of 16th place Ingolstadt in the 2. Bundesliga table, needing to aim for a win against Regensburg.

John Brooks is OUT for Wolfsburg.

Shaq Moore and Levante B face CD Ebro on Saturday.

Richard Ledezma and Jong PSV face AZ U-19 on Saturday.