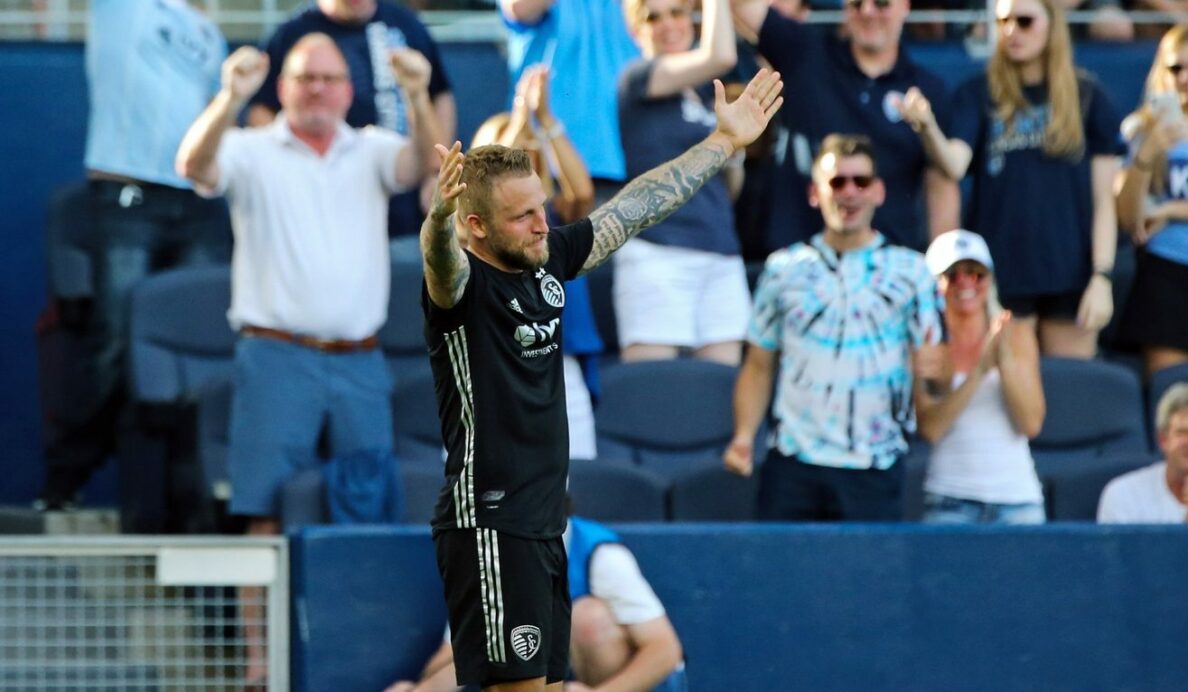 Sporting KC needed a big performance from Johnny Russell on Sunday and received it with the Scotsman registering a hat trick.

Also, the Portland Timbers concluded their lengthy road trip to begin the season with a 3-1 road win over the Philadelphia Union. Brian Fernandez played the hero on Saturday evening for Giovani Savarese’s men.

Johnny Russell now has 17 MLS goals in a season-and-a-half since his move from Derby County. The 29-year-old put his team on his back on Sunday to help SKC end their seven-match winless run.

The Portland Timbers head into their home opener at Providence Park on the back off a 3-1 road win over the Philadelphia Union. Jim Curtin’s side suffered their first home loss of the season and Brian Fernandez came up big with a brace for Portland.

New York Red Bulls midfielder Omir Fernandez helped his side to a 2-0 road win over FC Cincinnati on Saturday with a goal. It was the 20-year-old’s first MLS goal which put the icing on the cake at Nippert Stadium.

Fernandez continues to earn minutes for Chris Armas’ side who are currently riding a four-match unbeaten run.

Fernandez beat out LAFC’s Eduard Atuesta for this week’s honor.

As good as Ali Adnan’s strike for the Vancouver Whitecaps was on Saturday, Jefferson Savarino’s 94th-minute game-winning goal for RSL took the cake.

Savarino’s long-range missile beat Brad Guzan to hand RSL a 2-1 home success over the Five Stripes at Rio Tinto Stadium. It was the second-consecutive match in which Savarino scored.