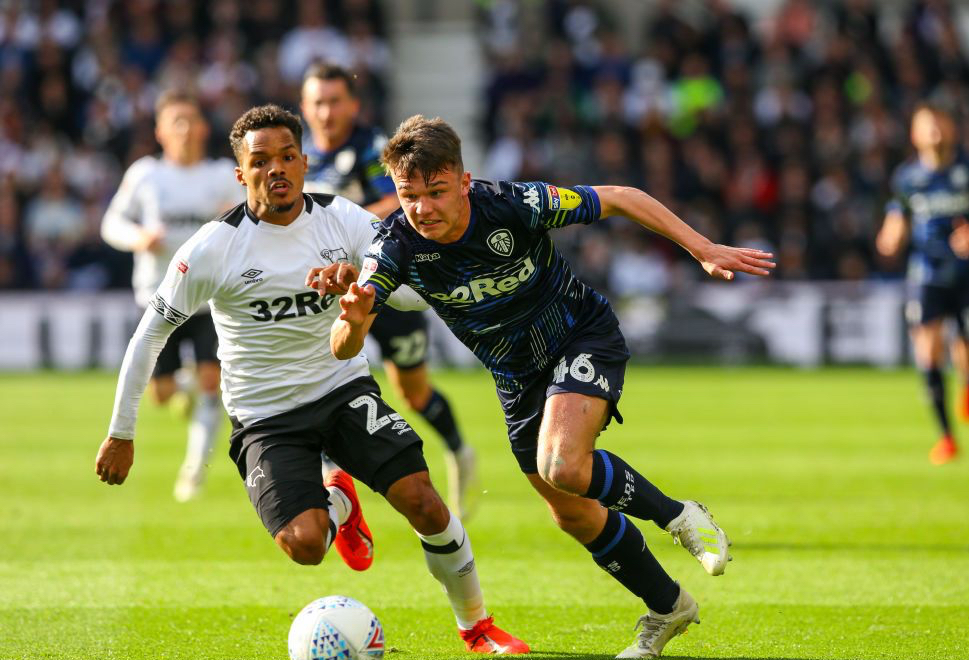 Duane Holmes and Derby County are one win away from being promoted to the English Premier League.

Frank Lampard’s side rolled past Leeds United with a 4-2 second leg win at Elland Road on Wednesday, booking a place against Aston Villa in the EFL Playoff Final on May 27th.

Unbelievable! What a group we have. One more game! Come on boys! 🐏🐏

Jack Marriott scored a brace while Harry Wilson and Mason Mount each chipped in goals as the Rams overturned a 1-0 first leg deficit.

Holmes got the start for Derby but was replaced by Marriott in the 44th minute. The midfielder scored a minute later to make it 1-1 on the evening before Mount put Derby in front on aggregate.

Holmes played in 114 total minutes minutes over the two legs and will aim to play a role in Derby’s upcoming date with Aston Villa. Villa eliminated West Bromwich Albion on Tuesday, defeating the Baggies 4-3 in a penalty shootout.

The winner will be the third and final team promoted into the Premier League for the 2019-20 season. Derby last appeared in the top-flight in 2007-08, but finished 20th that season.

It will also be a reunion between three former Chelsea legends as Lampard and defender Ashley Cole face old teammate John Terry.