Lima tallies his first of season as Earthquakes down FC Cincinnati 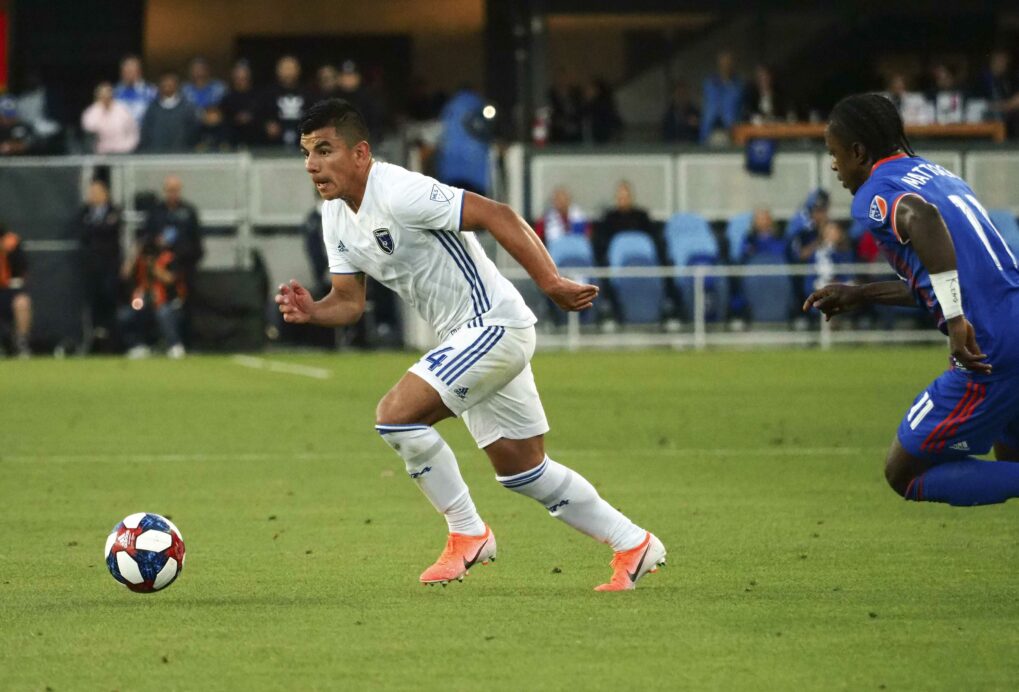 Just about a month ago to the date, Lima stepped in as a sub in San Jose’s win over the Portland Timbers and within two minutes of stepping onto the pitch, he fired a rocket to the far post, finding the back of the net in the top corner. That shot was, then, negated due to an offsides call.

He fired a similar shot in San Jose’s 1-0 win over FC Cincinnati Saturday night. This time, not only did he hit it perfectly to the far post, he found the back of the net. And this one wasn’t offsides.

“[I saw] a lot of guys marked at the back post and an open lane to shoot,” Lima explained of his first goal of the season. “We do that at practice every day – shooting from outside the box – and today it paid off.”

“Nick is growing game after game,” head coach Matias Almeyda said of San Jose’s now-left back. “This is the Nick that we would like to see: concentrated, fast, confident and decided. Physically, he can defend, and today he scored a great goal.”

This win – extending San Jose’s unbeaten trend to five of their last six – didn’t come as easy as some may say it should have.

The Earthquakes struggled to find the back of the net throughout the night, despite having several chances to put Cincinnati away after Lima’s goal. Shea Salinas had a pair of chances in the first half but couldn’t find the back of the net as both of his shots drifted wide right. Danny Hoesen struggled to create anything worthwhile and San Jose couldn’t fully capitalize on any of their set pieces throughout the night, beside the one that led to the lone goal of the night.

However, where they lagged in the attack – just one shot on goal on the night – they made up for in the defensive side of the pitch. Even down to 10-men after Cristian Espinoza earned a second yellow card on his tackle on Mathieu Deplagne in the 51st minute, the Earthquakes found a way to prevent FC Cincinnati from scoring the equalizer.

“They showed character and a mentality where they had to defend what they achieved in the first half,” Almeyda said. “I call that commitment, and the players are understanding how to identify with San Jose as a club. “They’re leaving their soul in every play.”

Florian Jungwirth continued his solid play in the backline on Saturday, playing a key part in San Jose’s win.

Goalkeeper Daniel Vega came up big again for the Quakes on Saturday night. Although he only notched three saves, his big one came in the 75th minute when he tipped a would-be FCC equalizer over the bar.

“These kinds of games, they’re tough for the goalkeeper,” Vega said. “We know we don’t have too much work and you have to be ready for maybe one or two goals.”

The Quakes third clean sheet of the season exceeds their season total from all of 2018 (2) and marks the first set of back-to-back clean sheets early in the 2017 season when they shut out Minnesota United and Portland in back-to-back matches.