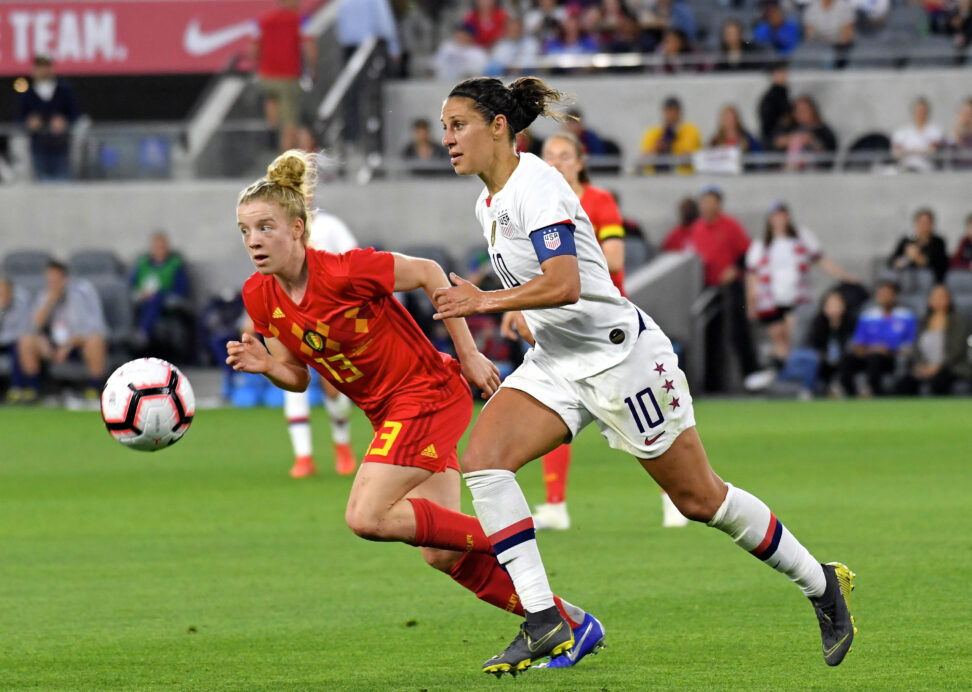 A total of 11 players made the team who will be part of their first World Cup team, joining a veteran nucleus led by Lloyd, who was named to her fourth World Cup squad.

The roster announcement was made three weeks before the final World Cup roster is formally due to FIFA, meaning Ellis could still make changes to the squad between now and the May 24 roster deadline.

The USWNT will open World Cup play in France against Thailand on June 11th in Reims. The Americans then face Chile on June 16 in Paris, followed by Sweden on June 20 in Le Havre.

Before the World Cup, the USWNT will take part in a send-off series, playing South Africa on May 12 in Santa Clara, California before facing New Zealand on May 16 in St. Louis, Missouri. After a break, the Americans will reconvene for a final tune-up match on May 26 against Mexico at Red Bull Arena.