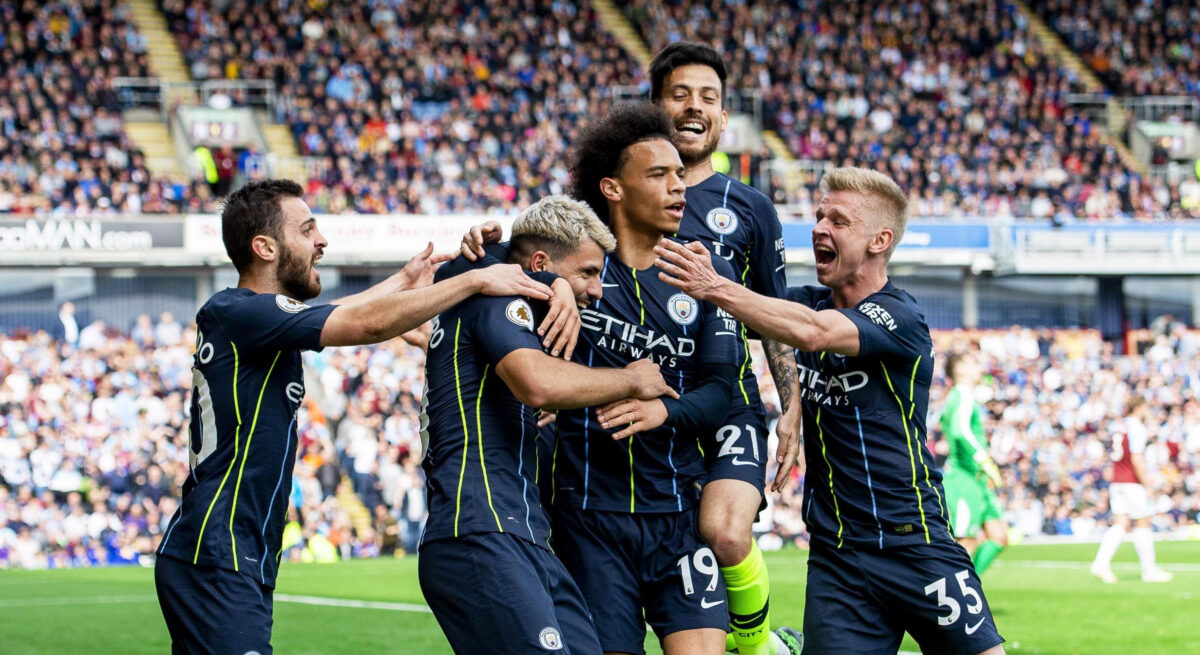 The heart-racing English Premier League title race came to a close on Sunday.

Manchester City avoided an early scare at the Amex Stadium and clinched a second consecutive league title with a 4-1 win over Brighton & Hove Albion. Sergio Aguero, Aymeric Laporte, Riyad Mahrez, and Ilkay Gundogan all scored goals as Pep Guardiola’s side held off Liverpool on the final day.

Glenn Murray’s header in the 27th minute put the Seagulls ahead in front of their home fans but the lead was shortlived. Aguero slid a left-footed effort under Matthew Ryan a minute later to tie it up. Laporte headed in the eventual game-winning goal from a corner kick with Mahrez registering the assist.

Mahrez’s composed right-footed strike extended the Citizens advantage after hafltime, before Gundogan’s free-kick started early celebrations in the away end.

Manchester City can complete a domestic treble next weekend should they beat Watford in the FA Cup Final at Wembley.

Liverpool did what they had to do at Anfield against Wolverhampton Wanderers, but miss out on the league title despite a 2-0 win.

Sadio Mane scored a brace to hand the Reds a final home win of the season. Mane’s 17th-minute finish broke the deadlock after a fortunate bounce allowed the forward to score.

Matt Doherty rattled the crossbar in the 43rd-minute which was Wolves’ best look offensively. Mane added his second of the day in the 81st minute to give him 22 goals on the season.

Liverpool conclude their season on June 1st against Tottenham in the Champions League Final.

Here’s all of Sunday’s results: