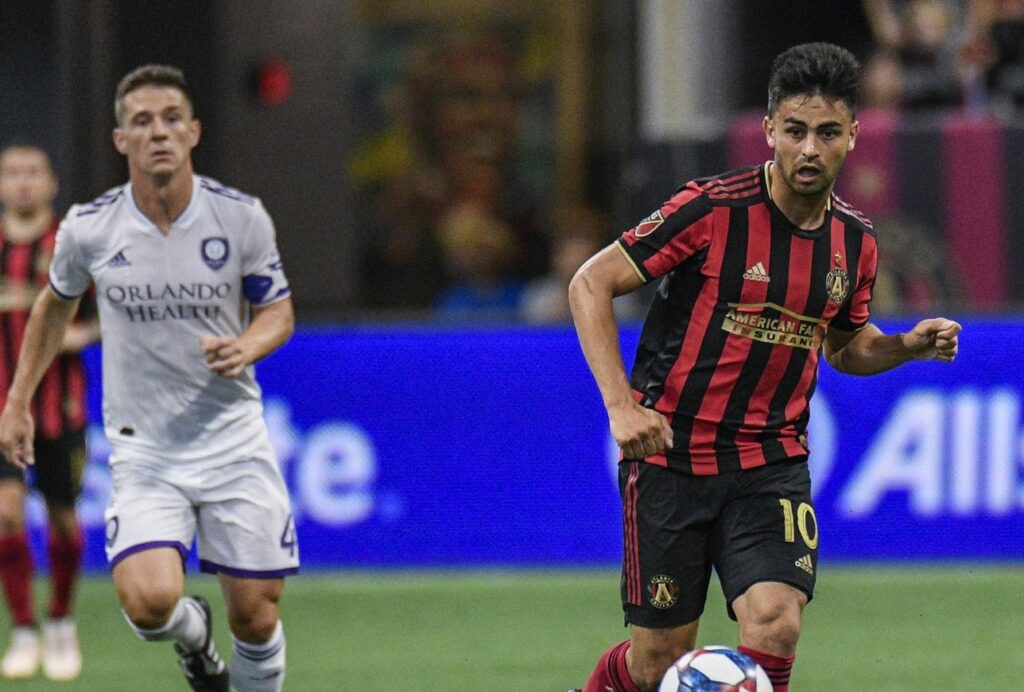 Atlanta United extended its current winning streak to four matches on Sunday with a 1-0 triumph over Orlando City.

Pity Martinez played the hero for the Five Stripes, scoring the lone goal in the 14th minute. Hector Villalba connected with Martinez, who sent a left-footed missile into the top-left corner of the goal. It was Martinez’s first goal in MLS.

The remainder of the first-half saw equal opportunities for both teams. Miles Robinson’s header was pushed away by Brian Rowe, while Will Johnson and Dom Dwyer forced Brad Guzan into saves.

Chris Mueller was a lively introduction for the Lions after halftime, with four shots in total. However, Guzan was only troubled by one while also keeping out Tesho Akindele’s 80th-minute effort.

At the final whistle, Frank De Boer’s side jumped up to fifth place in the Eastern Conference after posting their fourth consecutive clean sheet. Orlando City sits in 10th after suffering back-to-back losses.

Pity Martinez was acquired to score goals and he finally was able to celebrate his first league goal on Sunday.

The Lions had better chances in the second-half but Guzan kept the hosts in position to win with saves on both Mueller and Akindele.

Dom Dwyer was ineffective on the afternoon, being subbed off after 64 minutes with only one shot on goal to his credit.