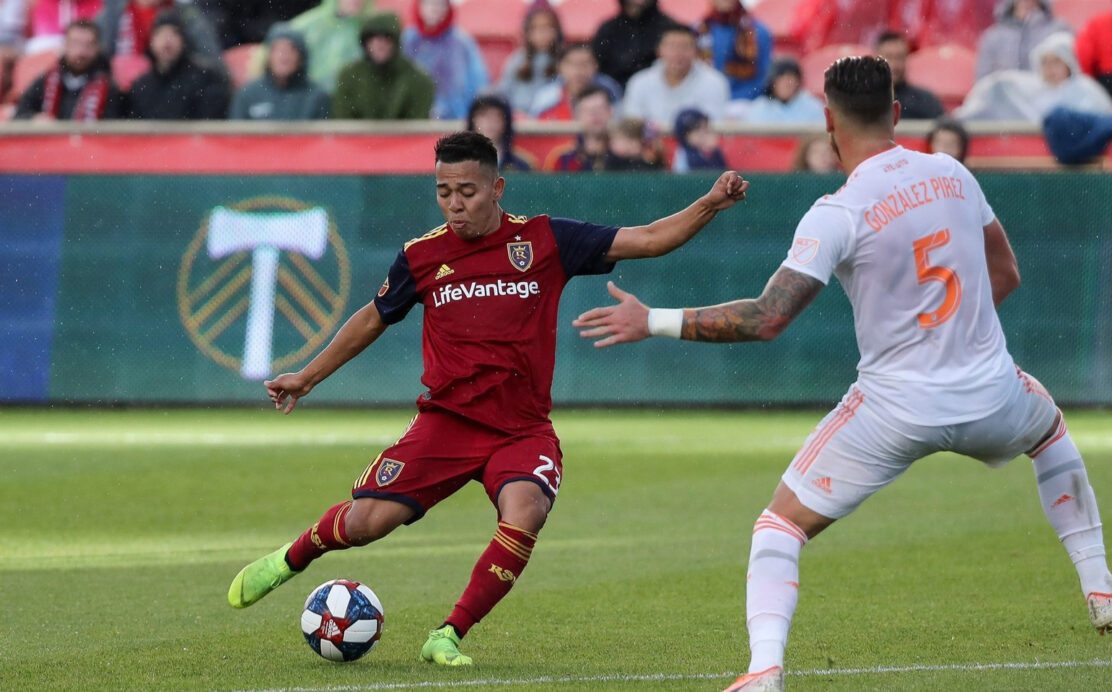 The L.A. Galaxy picked up a huge three points on the road as their lone shot on goal earned them a 1-0 win over Orlando City.

Jonathan dos Santos’ wonderful strike from long-range broke the deadlock in the 19th minute. It was the Mexican’s second goal of the season.

The midfielder would give the Lions a lifeline though later in the first-half. Dos Santos fouled Sebastian Mendez which allowed Nani a chance to equalize from the penalty spot.

David Bingham made his biggest save as he dove to his right and denied the Portuguese forward. Bingham finished with seven saves as the Galaxy ended a four-match losing streak.

Real Salt Lake made it three consecutive wins with a 2-1 success at home over Atlanta United.

Jefferson Savarino’s low-driven shot would be the difference between the two sides as he beat Brad Guzan in the 94th minute.

The hosts led at halftime thanks to Sebastian Saucedo’s second goal of the season. Saucedo also beat Guzan from outside of the box, giving Mike Petke’s side a lead.

Josef Martinez pulled the visitors level in the 78th minute, but the Five Stripes would finish second best on the evening.

RSL rises to fifth in the West while Atlanta United are fourth in the East.

LAFC rolled to a lopsided lead against the Montreal Impact but eventually had to hang on for a home victory.

Four goals in the opening 55 minutes by the hosts saw four different players get on the scoresheet. Christian Ramirez hustled down and scored the hosts first goal before Carlos Vela netted his 15th of the season.

Latif Blessing got on the end of Diego Rossi’s assist three minutes later to extend the hosts lead.

Tristan Blackmon’s first MLS goal continued the onslaught for the league leaders, but the Impact wouldn’t go down without a fight.

An own goal from Eddie Segura ended the shutout before Saphir Taider scored from the penalty spot for his fourth goal of 2019.

The Impact stay in third place while LAFC sits eight points clear of the Seattle Sounders.