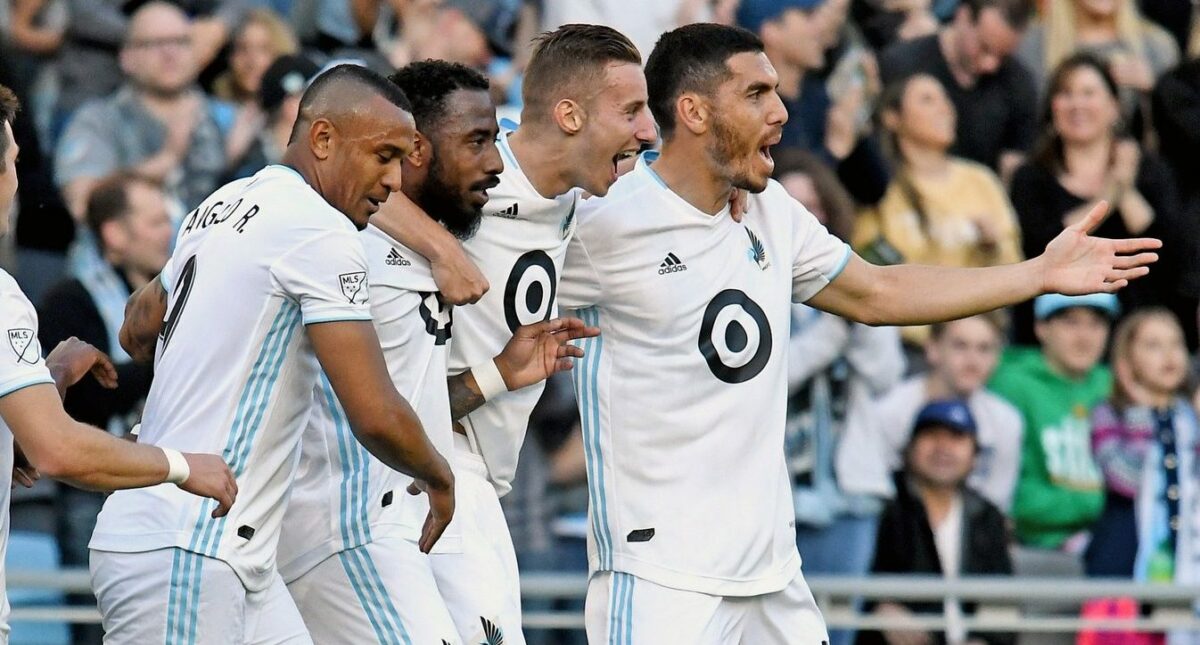 The final MLS action of May sees five matches take place on Wednesday evening with plenty of teams aiming for a leg up heading into the weekend.

Two of MLS’ recent expansion sides will meet at Mercedes-Benz Stadium. Atlanta United and Minnesota United meet for the only time this season. The Five Stripes own the season series 2-1-0.

Elsewhere, Conor Casey returns to Philadelphia as his Rapids take on the Union. Sporting KC will look to Johnny Russell once again as they host the L.A. Galaxy. Four other teams are also in action on the evening slate.

Atlanta United hosts Minnesota United looking to rebound from a last-minute loss to Real Salt Lake. The Five Stripes will be led once again by Josef Martinez, who has scored in two of his last three matches.

Ezequiel Barco’s absence likely means that Pity Martinez will get the nod in attack, while Justin Meram and Dion Pereira are also options.

The Loons have struggled on the road, unlike at Allianz Field where they are on a six-match unbeaten run. Their last road win came on April 6th and Adrian Heath will hope to see his team change that.

Romain Metanire continues his strong debut MLS season and has the task of dealing with some of the Five Stripes pesky attackers.

Peter Vermes’ side downed the Seattle Sounders thanks to Johnny Russell’s second-career MLS hat trick. The 29-year-old Scotsman came up big in Krisztian Nemeth’s absence and will look to get after the Galaxy backline. Yohan Croizet is also coming off a stellar performance at the weekend.

The L.A. Galaxy will have Zlatan Ibrahimovic returning from suspension in hopes to snap an eight-match winless run against SKC. Ibrahimovic has nine goals to his credit this season, but will have to avoid any confrontations in his first match back.

An interconference showdown at Talen Energy Stadium has two sides on the opposite ends of their respective tables.

Jim Curtin’s Union were thumped by the Portland Timbers last weekend and will need to start making the most of their offensive chances. Out of 38 shots over the past two matches, the Union have recorded only 11 on goal and scored one goal. Kacper Przybylko and Brenden Aaronson continue to put in strong performances for the Boys in Blue.

Conor Casey makes his return to Chester after two seasons a player with the Union. Now, the interim head coach sees his side trying to earn their third-consecutive win after triumphs over the Galaxy and Columbus Crew.

Keegan Rosenberry will also make his return to the Union, after being traded for allocation money in the offseason. He has the task of dealing with Fafa Picault on the left flank.

Eight points separate D.C. United and the Chicago Fire in the East as the pair meets at Audi Field.

Wayne Rooney’s presence continues to pay off for D.C. as his eight goals lead the team this season. The 33-year-old helped the Black and Red to a point in Foxborough this past weekend. Steve Birnbaum and Fredric Brillant face a physical battle with C.J. Sapong and Nemanja Nikolic lining up in attack for the Fire.

Chicago also is coming off a 1-1 tie last weekend against NYCFC. Sapong’s fifth goal of the season continued the veteran’s strong season under Veljko Paunovic, as he is now tied with Nikolic for the team lead.

Real Salt Lake and their in-form attack heads up north for an interconference date with the Montreal Impact.

Mike Petke’s side are playing some good soccer at the moment, winning three-in-a-row. Jefferson Savarino has scored in back-to-back matches while Albert Rusnak and Sebastian Saucedo also pose threats in attack. Sam Johnson and Corey Baird are the likely options to start up top.

Remi Garde’s side have failed to win in their last three matches, recently being thumped 4-2 by LAFC. Despite scoring a pair of late goals, the Impact’s defensive struggles continued and will face another tough task at Stade Saputo.

Ignacio Piatti has to kickstart the attack while Jukka Raitala and Zakaria Diallo will need to by physical against RSL’s attackers.