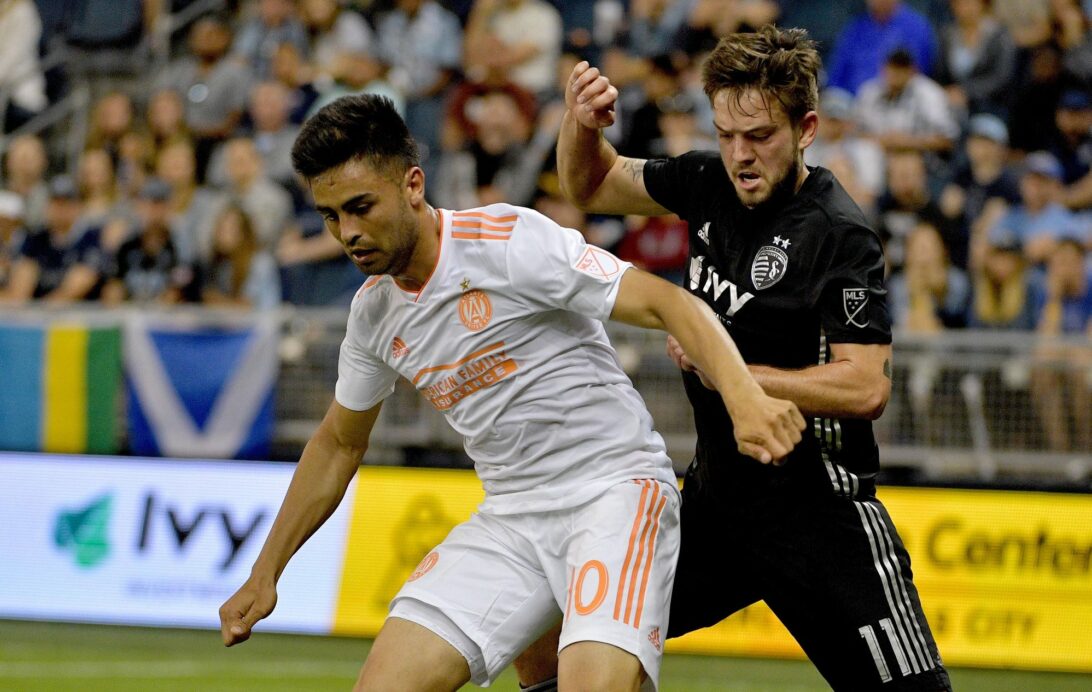 A quartet of MLS action takes place on Wednesday with several teams aiming to pick up points ahead of weekend play.

The last two MLS Cup winners will meet at Mercedes-Benz Stadium with Atlanta United welcoming Toronto FC to town. Frank De Boer’s side have posted clean sheets in back-to-back victories with Josef Martinez coming off a brace over the weekend. TFC shut out Orlando City on the road thanks to second-half goals.

Zlatan Ibrahimovic and the L.A. Galaxy face a trip to the struggling Columbus Crew, hoping to rebound from a 3-2 loss against the New York Red Bulls. The Crew have lost five straight and need a solid effort defensively against the Galaxy’s potent attack.

The highlighted match of the night sees the last two MLS Cup champs do battle down south.

Back-to-back wins for the Five Stripes seemed to have helped ease the pressure on head coach Frank De Boer. Josef Martinez is in good form at the moment and will tough for TFC’s backline to stop at Mercedes-Benz Stadium. Ezequiel Barco is out but Justin Meram should be available for the Five Stripes.

Greg Vanney’s side rebounded with a 2-0 win over Orlando City and have proven they can score without regular contributions from their strikers. Jozy Altidore is working his way back from injury, but is unlikely to feature in this contest. Alejandro Pozuelo will be the man to watch for the visitors, who aim for their first ever road win in Atlanta.

The L.A. Galaxy are coming off a weekend defeat in Harrison, but will be heavy favorites to rebound against a Crew side needing anything positive.

Zlatan Ibrahimovic should be able to find the back of the net against Caleb Porter’s side, who have conceded a goal in five matches straight. The Swede has nine goals on the season and will be a handful for the likes of Jonathan Mensah and Gaston Sauro.

If the Crew want any chance at three points on Wednesday, they need their attacking players to show up. Gyasi Zardes has not scored in over a month while as a whole, the team has scored only twice during their losing run.

History is in Columbus’ favor however as they did defeat the Galaxy 2-0 at Mafpre Stadium back in 2017.

Another All-East affair comes from SeatGeek Stadium with two of the bottom three clubs in the Conference going head-to-head.

The Chicago Fire have not tasted victory in three matches straight and have not found the back of the net either. What once was thought to be a dynamic attacking front, has turned ice cold of late and is in need of a spark. Argentinian playmaker Nico Gaitan has not made an impact since a two-assist performance on April 20th.

Brad Friedel’s bunch should be able to earn something from this match despite a recent 6-1 hammering by the Philadelphia Union last Saturday. Defensively, the Revs need to buckle down after conceding 13 goals over their last three matches.

Michael Mancienne is the leader of the backline who is running into a Chicago side at the right time.

Don’t look now but the New York Red Bulls have won two matches in a row.

A 3-2 win over the L.A. Galaxy helped Chris Armas side earn back-to-back wins for the first time since October. Connor Lade has registered two points during that span which has seen Bradley Wright-Phillips miss the last two matches. Brian White could lead the line again on Wednesday.

Remi Garde’s side come to Harrison off the back of a 2-0 home defeat to NYCFC. It snapped a two-match winning run by the Impact which also saw them keep a pair of clean sheets. Omar Browne has provided a spark in attack and has had some success against MLS sides already in the Concacaf Champions League this campaign.

These teams split their two meetings in 2018.