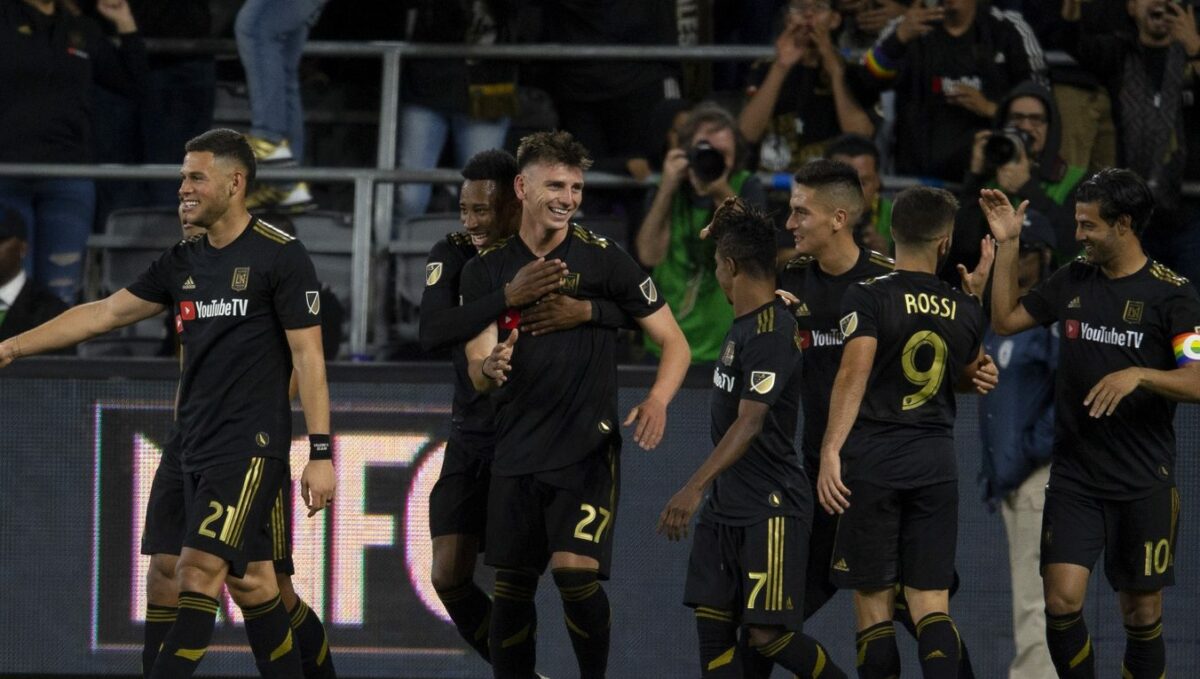 Heading into the first weekend of June, the goal for every team in Major League Soccer will be to start off on the right foot.

With the Concacaf Gold Cup coming up in two weeks time, teams will need to prepare themselves for losses on their roster. The Portland Timbers return to Providence Park for the first time in 2019, facing off with league leaders LAFC.

Giovani Savarese’s side are coming off their best win of 2019 with Brian Fernandez continuing his strong debut for the club. LAFC remain a legit contender for a deep run in the playoffs with MVP candidate Carlos Vela continuing to rack up the goals and assists.

Elsewhere, Jim Curtin and his Philadelphia Union visit Allianz Field for a date with Minnesota United. The New York Red Bulls welcome Real Salt Lake to town on Saturday, while the Houston Dynamo hosts Sporting KC in a Western Conference showdown. FC Dallas also is at home on Saturday, facing off with the Seattle Sounders.

Providence Park will be rocking on Saturday night with the Portland Timbers back in front of their home fans.

Portland are coming off a 3-1 road win in Philadelphia last weekend with Brian Fernandez playing a major role with two goals. The playmaker has added another element to the Timbers attack and will need to be lively against LAFC. Diego Valeri and Sebastian Blanco also need to be influential for the Timbers to have any chance at points.

Bob Bradley’s team are coming off a beatdown of the Montreal Impact in which four different players got on the scoresheet. LAFC’s depth has been key to the team’s success with numerous players chipping in when called upon.

Eduard Atuesta has been a prime example of that, adding one goal and six assists from midfield.

Minnesota United’s six-match home unbeaten streak will be tested on Sunday as the Philadelphia Union embark to Allianz Field.

The Loons have won two straight at home but recently were thumped 3-0 by Atlanta United. Josef Martinez’s late two goals made the scoreline look a bit extended but overall the Loons had their chances. Angelo Rodriguez came off the bench and was lively and will likely start against Philly.

Jim Curtin’s side will hope for a bounce-back performance after dropping points over an 11-day span. A recent 1-1 draw with the Colorado Rapids definitely hurt the team’s confidence as their struggles in front of goal continue.

Sergio Santos has been an underrated performer for the Union since his arrival while Brenden Aaronson should return to the starting XI after only a seven-minute cameo on Wednesday.

Eight points separate this pair of Western Conference rivals as they prepare to meet down south.

Luchi Gonzalez’s FC Dallas have failed to win in their last six matches and the absence of Paxton Pomykal has not helped. With the midfielder still on World Cup duty with the U.S. U-20’s, Michael Barrios and Bryan Acosta continue to fill the void for creative chances.

The Seattle Sounders continue a four-match road trip in Dallas after failing to win either of their first two matches. A 3-2 road loss in Kansas City saw Johnny Russell terrorize the Sounders backline all night. Jordan Morris remains out for Brian Schmetzer’s side, meaning Raul Ruidiaz and Nicolas Lodeiro will be the players to watch in attack.

Another All-Western Conference clash comes from Texas this weekend with the Houston Dynamo welcoming Sporting KC to BBVA Compass Stadium.

Wilmer Cabrera’s bunch have yet to lose at home in 2019 and will try to keep that streak going. Mauro Manotas and Memo Rodriguez steal the spotlight with their production, but Matias Vera has been a nice addition in midfield. The 23-year-old has been lively and strong, covering a lot of ground for Houston this season.

Johnny Russell will be eager to get after the Dynamo backline on Saturday after notching his second-career MLS hat trick last Sunday. The Scotsman was not the only one who starred at Children’s Mercy Park, as Yohan Croizet also did well in Krisztian Nemeth’s absence.

Sporting KC will need to own possession against the Dynamo, while using Russell’s speed and creativity on the counter.

The Red Bulls are riding a four-match unbeaten run with wins over Atlanta United and FC Dallas during that span. Tom Barlow has added an option in attack, but Kaku’s return has sparked the team offensively. The Paraguayan will need to shine again if the Red Bulls want three points on June 1st.

Real Salt Lake saw a three-match winning run ended in Montreal on Wednesday, rotating their offensive attack. Albert Rusnak’s departure midweek could force Corey Baird back into the starting XI while Sebastian Saucedo and Jefferson Savarino add pace and skill on the outside.

Here’s a full schedule of this weekend’s matches: