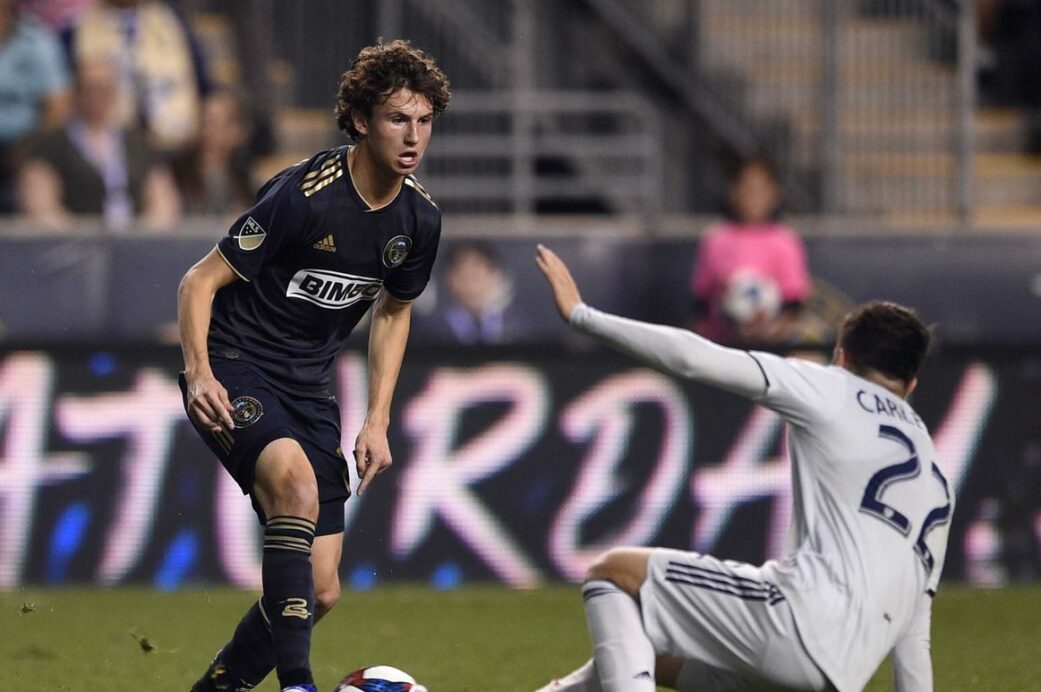 One of the Eastern Conference’s surprises so far in 2019 will be back in front of their home crowd this weekend, looking to continue proving the rest of Major League Soccer wrong.

Jim Curtin’s Philadelphia Union begin a three-match homestand this weekend as they welcome the Seattle Sounders to Talen Energy Stadium. The Union are winners of three straight and four of the last five, outscoring their opponents 14-3. Kacper Pryzbylko, Brendan Aaronson, and Jamiro Monteiro will highlight the Union’s attack on Saturday against Cristian Roldan and Raul Ruidiaz.

The Seattle Sounders go to Chester on Saturday night, sitting two points better off than the Philadelphia Union in the league standings.

Brian Schmetzer’s side is riding a five-match unbeaten run which includes a pair of back-to-back wins. Raul Ruidiaz and Handwalla Bwana each scored in a 2-1 midweek victory over Orland City. Ruidiaz’s role may increase this weekend if Jordan Morris is unable to go following a midweek injury.

The Union have five home wins coming into this weekend’s clash, the most by any East team yet. Depth has played a major role in Philly’s success so far, with numerous players making an impact when called upon. Jamiro Monteiro and Kacper Przybylko headline the attack while Kai Wagner has been a solid pickup at left back. Brenden Aaronson’s stock continues to rise in midfield, putting in several strong shifts against some of the league’s more talented players.

Six points separate the two top teams from the Eastern Conference a season ago.

Frank De Boer’s side made MLS history midweek, recording their fifth consecutive shutout victory. Josef Martinez netted his fifth goal of the league campaign and will pester a Red Bulls backline who is without leading defender, Aaron Long.

Chris Armas’ side has won three out of their past four matches, relying on their bench to offset injuries. 19-year-old Cristian Casseres scored his second goal of the season against FC Dallas and will look to link-up with playmaker Kaku in midfield.

In four meetings last season, the Red Bulls won three of them but were eliminated by the Five Stripes in the playoffs.

The second of a home-and-home between FC Dallas and LAFC comes on Sunday from Toyota Stadium.

FC Dallas has hit a rough patch under Luchi Gonzalez of late, losing a pair of matches to start the month of May. Paxton Pomykal’s injury hurts in midfield but defensively they need to be strong against one of MLS’ best offenses. Matt Hedges will have a busy day trying to shut down LAFC’s long list of attackers.

LAFC is unbeaten in four straight and will look to beat FC Dallas twice in four days. Carlos Vela has been huge in attack but the play of midfielders Mark-Anthony Kaye and Eduard Atuesta has been just as important. The pair has four goals and nine assists between them while also providing cover defensively.

A pair of sides coming off midweek draws will meet at BBVA Compass Stadium on Saturday night.

The Houston Dynamo were held to a 1-1 draw against the Portland Timbers, with Mauro Manotas once again finding the back of the net. Manotas has six goals in 10 appearances this campaign, continuing to be one of the league’s best strikers. He will be a handful for D.C. United’s backline, especially if he is given good service from his teammates.

D.C. United needs a much better performance on both ends of the field if they want three points this weekend. Bill Hamid made 13 saves in Toronto on Wednesday, propelling the Black and Red to a point away from home. After coming off the bench, Wayne Rooney, Paul Arriola, and Luciano Acosta should be well rested.

Toronto FC left BMO Field deserving more for their offensive performance on Wednesday. Despite not scoring, TFC recorded 35 shots including 13 on goal in a scoreless draw.

Greg Vanney’s side now travels to Rio Tinto Stadium, looking to snap a three-match winless run. Alejandro Pozuelo has been TFC’s best player in attack but Jozy Altidore’s absence means that his role could increase once again.

RSL won 3-2 over the Colorado Rapids in the first Rocky Mountain Derby of 2019. Mike Petke has several options to call on in attack with Albert Rusnak and Sam Johnson headlining the bunch. The pair has nine goals and one assist combined this season and provide flexibility to RSL’s attack.

Here’s a full schedule of this weekend’s MLS action: