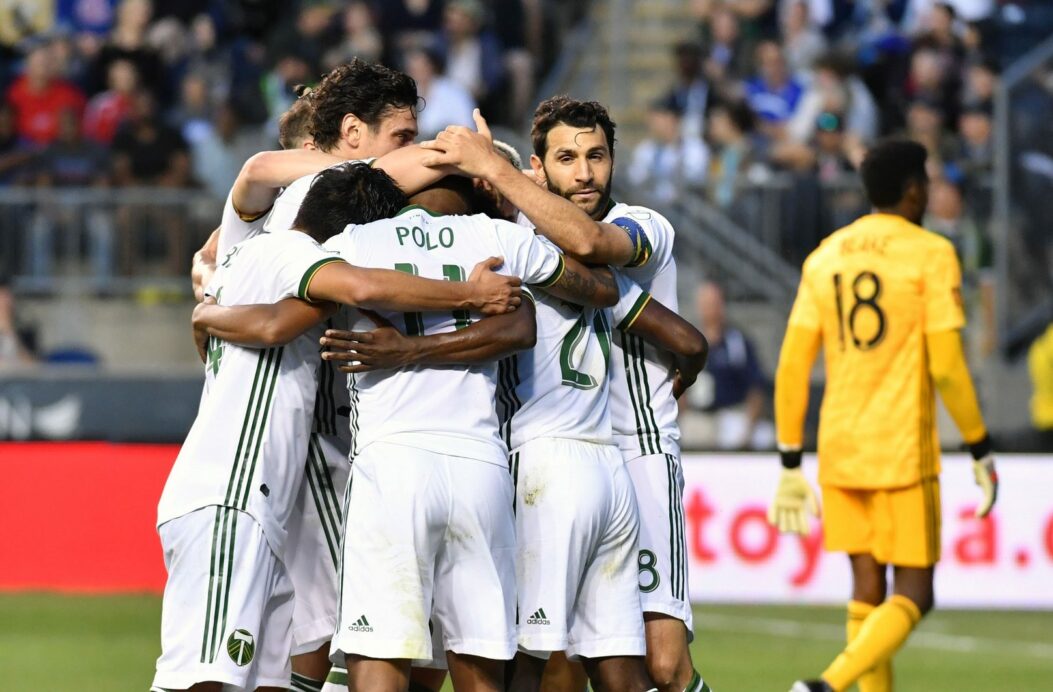 Seven matches occurred on Saturday with the Portland Timbers earning the result of the weekend so far.

Giovanni Savarese’s men went to Talen Energy Stadium and left with three points after a 3-1 beatdown of the Philadelphia Union. Newest signing Brian Fernandez scored a brace and helped the Timbers hand the Union their first home loss of 2019.

The points were shared at SeatGeek Stadium as NYCFC hit back for a 1-1 draw against the Chicago Fire.

C.J. Sapong opened things in the 27th minute for the Fire, scoring his fifth goal of the season. The former Philadelphia Union striker finished Brandt Bronico’s assist from close-range to give the hosts a lead.

NYCFC fought back before halftime as Alexandru Mitrita scored from outside of the box. The Romanian hit a low drive into the bottom-left corner.

Sapong and Raheem Edwards each were kept out after halftime while Heber had the best look for the visitors.

NYCFC are in sixth place while the Fire sit in ninth.

The Vancouver Whitecaps returned to winning ways on Saturday with a 2-1 triumph at BC Place.

Ali Adnan’s first MLS goal came in fine fashion as the defender curled a right-footed shot into the top-right corner. After splitting two defenders, Adnan saved the best for last as he sent in a goal of the week nominee.

Lucas Venuto doubled the Caps’ lead in the 40th minute as he finished Fredy Montero’s assist into the bottom-right corner.

Pablo Aranguiz rattled the crossbar in the 55th minute which would come back to haunt FC Dallas. Dominique Badji pulled a goal back late but it wouldn’t help the team to three points as they lost their fourth game out of the past five.

Make it three victories out of the past four for the New York Red Bulls who downed FC Cincinnati 2-0 away from home.

The visitors left it late at Nippert Stadium, scoring two goals in the final 12 minutes. Kaku’s left-footed strike in the 78th minute broke the deadlock for Chris Armas’ side before Omir Fernandez headed in Brian White’s cross for his first MLS goal.

The Red Bulls sit in third place after the win while FC Cincy are in last after losing their ninth match of the season.

The points were shared at Gillette Stadium as D.C. United rallied late to leave with a 1-1 draw.

Wayne Rooney’s 89th minute penalty kick earned the visitors a point. Brandon Bye was called for handball which was ruled in favor of D.C. after video review was used.

Juan Agudelo put the hosts in front after 60 minutes, heading a cross from Cristian Penilla into the bottom-right corner.

D.C. had the better of the offensive chances, totaling five shots on goal compared to the Revolution’s two.

The Black and Red jump the Union into first place while the Revs are in 11th.

The result of the evening went in favor of the Portland Timbers who left Chester with a 3-1 win over the Philadelphia Union.

In their final road match before returning to Providence Park, the Timbers got a masterclass performance from Brian Fernandez. The latest signing scored a pair of goals in a seven-minute span to put the Timbers ahead 2-0 after 38 minutes.

Fernandez’s first came in the 31st minute, as he headed Andy Polo’s pass. His second came on a fast break, picking up a pass from Diego Chara and slotting past Andre Blake.

Jack Elliott struck the left post before halftime for Philly.

Kacper Przybylko bundled an effort in after 47 minutes but the Union would be unable to score again on the evening.

After a 1-2 with Sebastian Blanco, Diego Valeri beat Blake with a sublime finish to ice the win. Portland outshot the Union 7-to-5 and making the most of those chances towards goal.

Minnesota United made it two wins in a row with a 1-0 shutout of the Houston Dynamo at Allianz Field.

Romain Metanire’s sensational debut in MLS continues as the defender netted his first goal for the club. The defender’s right-footed strike from a tough angle beat Joe Willis to break the deadlock after 20 minutes.

Two of the Dynamo’s three shots on goal came off the foot of Memo Rodriguez but Vito Mannone was up to the task on both.

The win moves the Loons to two points back of the Dynamo for fourth place in the Western Conference.

Nicolás Mezquida scored an 89th-minute winner to give the Rapids a 3-2 victory at Dick’s Sporting Goods Park on Saturday night.

Mezquida collected a clearance at the top of the penalty area and stroked a quick shot to end a wild match that saw the Rapids take leads on two occasions only to have the Crew tie things up twice.

The win is Colorado’s second in a row, and handed the Crew their eighth loss in nine matches.