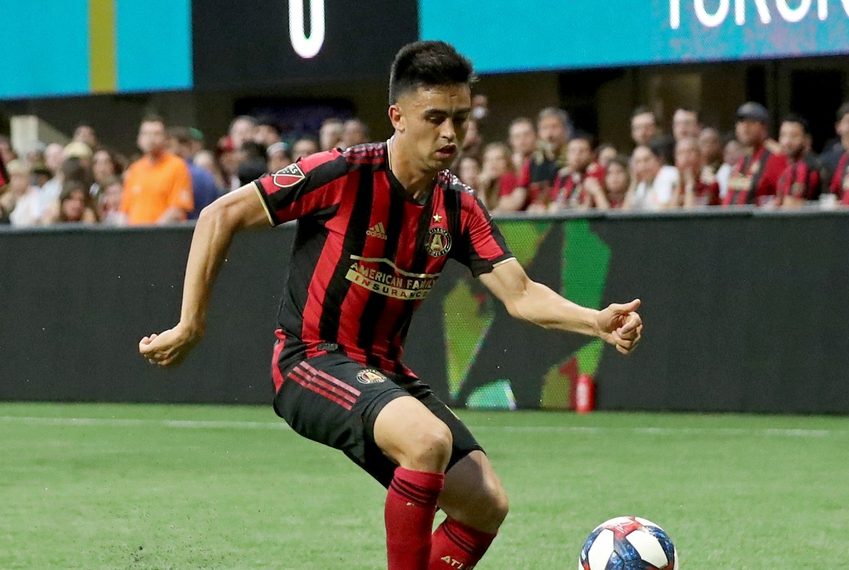 The Argentina Football Federation released its Copa America roster on Tuesday and one of MLS’ newest faces did not make the cut.

Atlanta United’s Pity Martinez was not included in Lionel Scaloni’s roster for this summer’s tournament despite appearing this past March in a friendly against Venezuela.

The 25-year-old scored his first MLS goal back on March 12th and has improved for Atlanta United over recent weeks. Martinez joined this offseason from Argentina powerhouse River Plate.

Atlanta United are already without Ezequiel Barco who is representing Argentina’s U-20 team at the FIFA U-20 World Cup.

Jack Elliott is committing his future to the Philadelphia Union.

The club announced on Wednesday they’ve signed Elliott to a new contract. He will remain with the club through 2021 with a club option for 2022.

Elliott, 23, was drafted No. 77th overall in the 2017 MLS SuperDraft by the Union after playing three years at the University of West Virginia. He would make 30 appearances for Jim Curtin’s side that season and was one of the nominees for MLS Rookie of the Year.

With the rise of centerbacks Auston Trusty and Mark McKenzie, Elliott made only 17 appearances last season. However, the London, Eng. native has returned to the Union’s starting XI this season, making 13 appearances and scoring one goal.

The Union are currently first in the Eastern Conference with 24 points.

Romario Ibarra is reportedly set to move to Liga MX side Pachuca on-loan.

According to ESPN, Minnesota United are set to send Ibarra to Pachuca for the next 13 months. The 24-year-old Ecuadorian has scored five goals and added one assist in 17 appearances for the Loons since joining in 2018.

Ibarra started four of the Loons opening six matches in 2019 but has seen his playing time take a hit of late. Due to Angelo Rodriguez’s return from injury, Ibarra has only logged 60 minutes over Minnesota’s last six matches.

Sal Zizzo is hanging up his playing boots.

The 32-year-old officially announced his retirement on Tuesday via social media. Zizzo is coming off an MLS Cup win with Atlanta United in 2018 and also lifted the 2015 Supporters Shield with the New York Red Bulls.

He’s spent time with Chivas USA, Portland Timbers, Sporting KC, the Red Bulls, and Atlanta United. Zizzo won one cap with the USMNT, appearing in a 2007 friendly against Sweden.

Here’s a list of the players and coach fined: