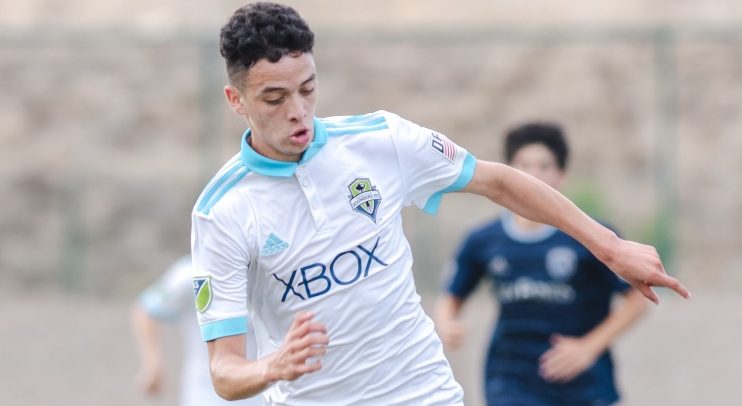 The Seattle Sounders made their 13th homegrown signing in club history.

The club announced Wednesday they’ve signed 17-year-old Alfonso Ocampo-Chavez to a homegrown contract. Ocampo-Chavez is coming off a stellar campaign with Sounders FC’s Academy, which saw him sign with the Tacoma Defiance.

He also led the Sounders U-17 side in goals during this past month’s 2019 Generation Adidas Cup. Ocampo-Chavez has also risen through the ranks of the U.S. Youth National Teams, currently leading the U-17’s with five goals in 14 matches this cycle.

“Alfonso is a good young player who is doing well within our developmental system,” Sounders head coach Brian Schmetzer said. “The coaching staff is looking forward to integrating him into our team and assessing his progress toward contributing as a First Team player.”

According to the Kansas City Star, winger Gerso Fernandes broke his wrist in last Saturday’s 4-4 draw with the New England Revolution. Fernandes lunged to tap home a rebound and ended up in the back of the net after being denied by Cody Cropper.

Fernandes left the match in the 75th minute and did not return due to the injury. The 28-year-old has two assists in seven league appearances this season.

Sporting KC currently are without Matt Besler, Roger Espinoza, Erik Hurtado, Jimmy Medranda, Jaylin Lindsey, and Rodney Wallace due to respective injuries. There is no timetable for Gerso’s return.

FC Cincinnati have sent another young player on loan to the USL.

The club announced they loaned defender Hassan Ndam to USL outfit Charlotte Independence for the remainder of the 2019 season. Ndam, 20, was selected by FC Cincy with the No. 5 selection in the 2018 MLS Expansion Draft.

Ndam was a regular starter for New York Red Bulls II in 2018 and has made 58 career appearances for them. He tallied three goals the NYRB II since arriving from Rainbow FC Bamenda.