Pulisic: Premier League was where I wanted to be 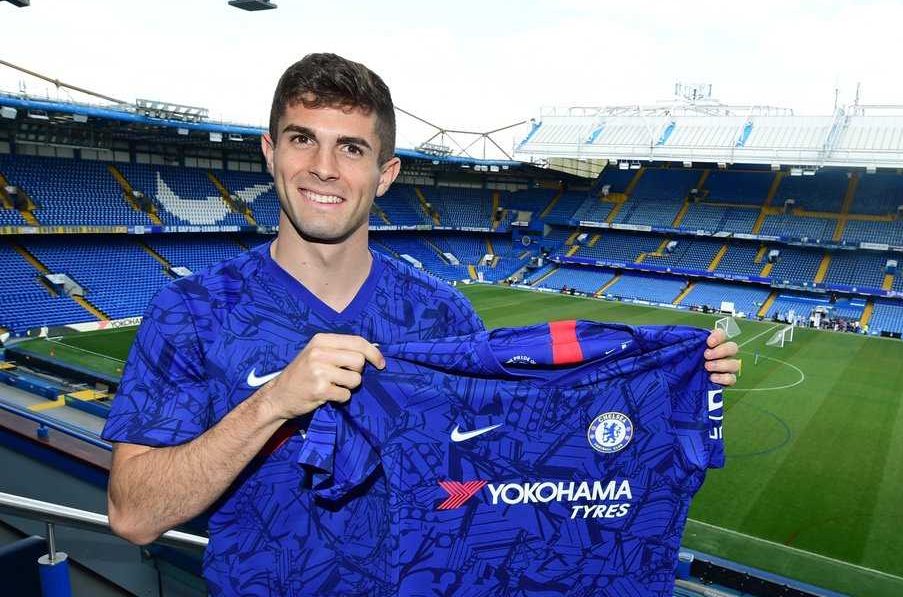 Christian Pulisic’s time at Borussia Dortmund has come to a close with the U.S. Men’s National Team star beginning a new chapter of his professional career this summer.

Pulisic, who will join up with English Premier League side Chelsea later this summer, has always been interested in a move to England. After five years with the black and yellow of Dortmund, he will now trade those colors in for blue and white and a place at Stamford Bridge.

“I always wanted to play professionally, especially in Europe,” Pulisic said in an interview with the club. “And the Premier League was what I was able to watch growing up in the US, and it is always where I wanted to be.”

“Now I just felt that it was the right step [to join Chelsea]. It was a great time in Dortmund, but it was a feeling and I still have that. This is the biggest stage, it is incredible to come in and be in England and part of this league. If you want to prove yourself it is the greatest stage to be on.”

Pulisic totaled 126 senior appearances with Dortmund through domestic and European competitions. He totaled 18 goals and registered 26 assists, while winning one German Cup in his time. After being linked with several EPL sides, Pulisic chose Chelsea, a team that is trying to get back into the limelight of the Premier League.

It is unsure who will be Pulisic’s manager next season with Maurizio Sarri not guaranteed a seat in the bench for 2019-20. Several other players may be on their way out, including star playmaker Eden Hazard who has been linked with Real Madrid. Hazard’s departure could mean an early place in the starting XI for Pulisic, but the 20-year-old will be ready to go if the Belgian stays or not.

“Eden is a fantastic player, we all know that and if I can get anywhere close to that I will be happy,” Pulisic said. “He is a great player. I want to come in, be my own player, and do the best that I can do.”

“I want to use my skills, my pace, my quickness and creativity to help, especially on the attacking end of things. Scoring goals and providing assists, that is what I am here to do. I want to make an impact and be a team guy who is going to give it everything.”

Pulisic’s versatility not only with Dortmund but with the USMNT will benefit him with Chelsea. He can play on the wings but can also drift inside and create chances from the middle of the park. Should Hazard remain a Blue, Pulisic’s likely place would be the No. 10, a role he continues to develop in on the international stage.

“I think I can be very effective on either of the wings,’ Pulisic points out. “I had the chance to play on both at Dortmund but I have experience of playing as a No.10 with the National Team as well. Really, any of the attacking positions I can be comfortable in. I was most comfortable on the wings at Dortmund.”

Pulisic is now gearing up for the Concacaf Gold Cup with Gregg Berhalter’s side, his first in a competition under the new head coach. Following that, he will take a short break before joining up with Chelsea for preseason. Even with a busy summer, Pulisic has zero doubt he will be ready for the 2019-20 Premier League season come August.

“My season is over in Germany so I will get a nice little break now before the Gold Cup starts and I won’t be too late in for pre-season. I’ll be ready for the season.”