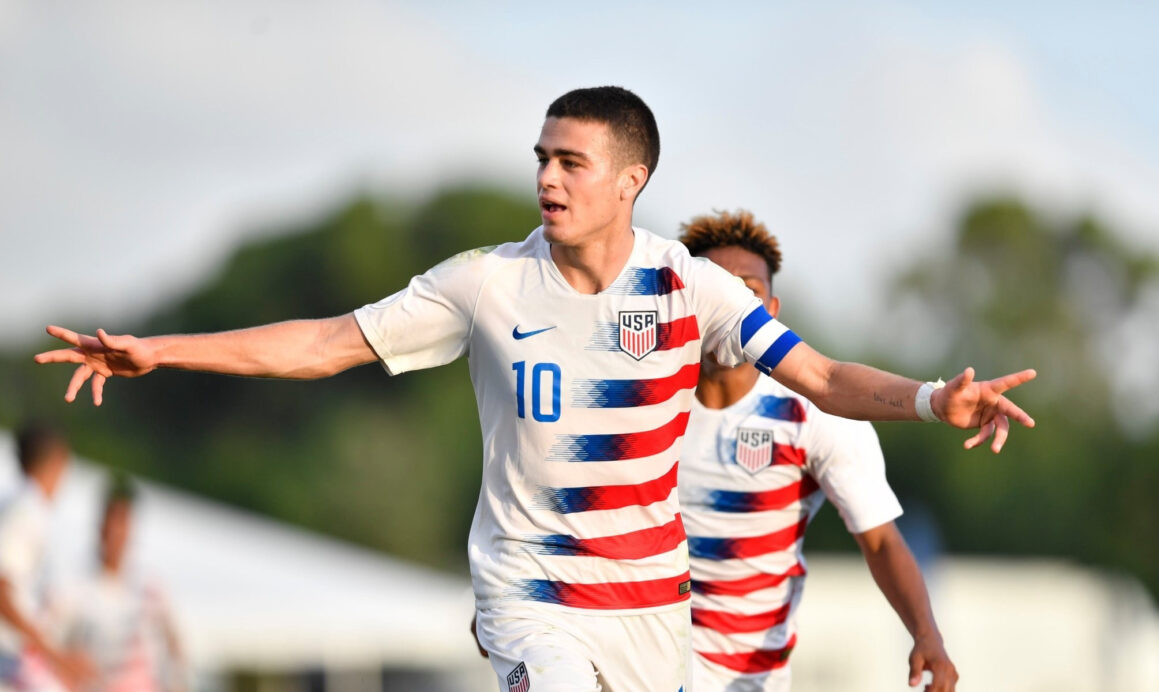 The U.S. U-17 Men’s National Team’s Concacaf Championship didn’t start off well, but by the end of Thursday’s opener the Americans showed why they’re considered a title contender.

Raphael Wicky’s side battled back from a two-goal deficit, scoring three-second half goals to beat Canada, 3-2, on Thursday. Gianluca Busio, Axel Alejandre, and Gio Reyna all scored goals, with Reyna’s free kick finish providing the winner.

The match started well for the Americans, who dominated possession early on, but quickly changed after Jeremie Omeonga Nkoy and Jacen Russell-Rowe scored goals a minute apart to jump out to a 2-0 lead in the 21st minute.

The U.S. U-17s began the comeback after halftime with the Busio scoring his first goal of the competition. Busio’s finish came in the 49th minute before Alejandre tied things up in the 63rd.

While wearing the captain’s armband, Reyna put the team on his back by scoring a sensational long-range free kick curler to seal the comeback win.

Canada came close to equalizing in the dying minutes but U.S. goalkeeper Damian Las made a big save, tipping the shot onto the crossbar.

Las got the start in goal while Daniel Leyva, Kobe Hernandez, Joe Scally, and Griffin Yow also featured in the starting XI. Adam Armour, Bryang Kayo, and Ricardo Pepe rounded out the starters.

Current USMNT head coach Gregg Berhalter and assistant coach Josh Wolff were also in attendance as well in Bradenton to check out the up and coming players.

The U.S. U-17’s MNT takes on Barbados on Saturday aiming for its second consecutive win of the tournament.