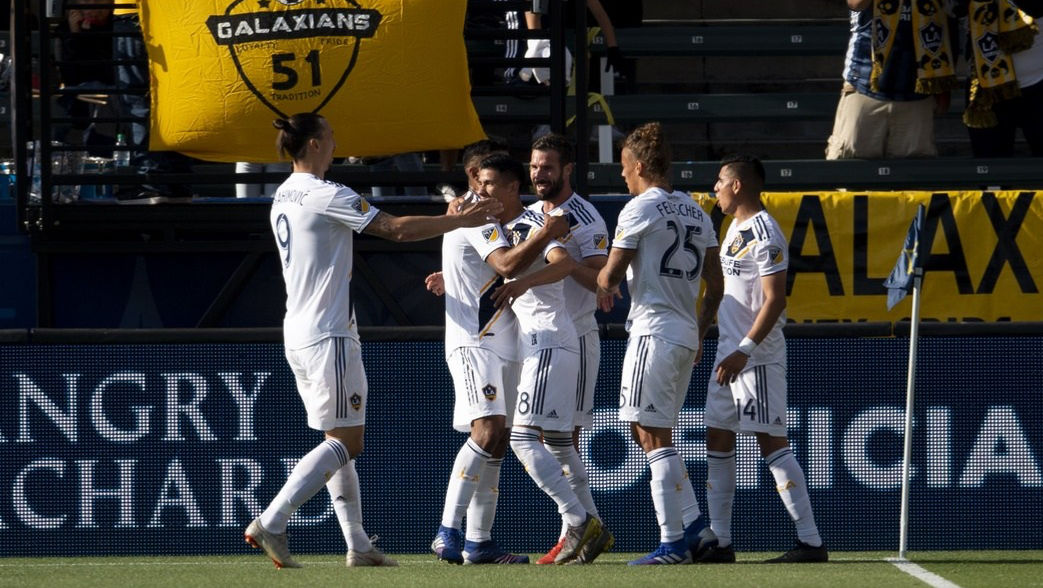 LAFC may currently lead the Western Conference, but the L.A. Galaxy used an unbeaten month of April to stay right on their tails.

Guillermo Barros Schelotto’s side claimed four wins and a draw through five league matches, earning SBI’s Team of the Month honor for April.

Led by the stellar play of striker Zlatan Ibrahimovic, the Galaxy earned 13 points from a possible 15. Ibrahimovic netted seven goals in the month while also chipping in one assist.

Three of those wins came at home, with two coming against the Houston Dynamo and Philadelphia Union.

Defensively, they conceded only twice in five matches thanks to the strong play of Diego Polenta and Rolf Feltscher. The arrival of Giancarlo Gonzalez also added more experience to the backline.

The Galaxy currently sit two points back of top spot in the West with several favorable matches coming up in May.

The Houston Dynamo, NYCFC, and San Jose Earthquakes and also shined in April and were more then deserving of honorable mention.