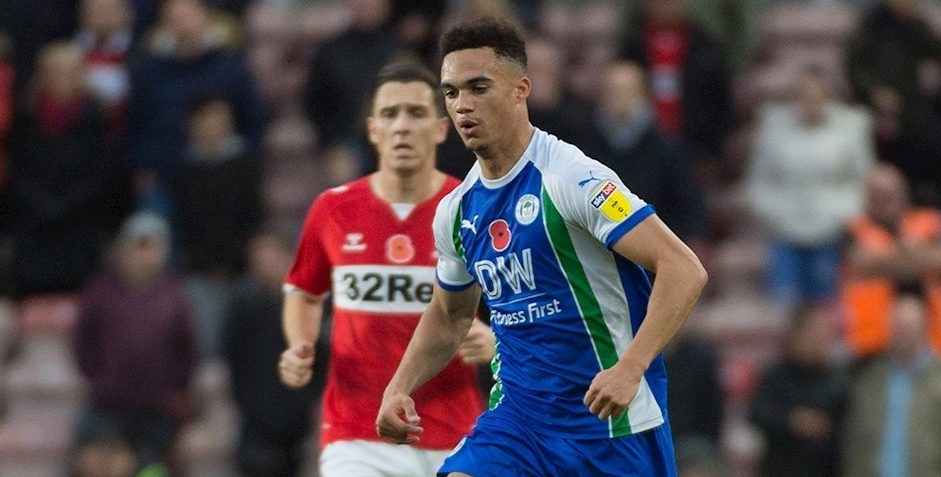 Antonee Robinson is one of several U.S. Men’s National Team players fighting for a consistent future on the international level.

The same can be said about Robinson’s future at the club level, as he is still waiting for his Premier League debut with Everton.

The 21-year-old defender just concluded his second consecutive loan stint away from Merseyside, making 26 appearances with Wigan Athletic. It was the second straight season in which Robinson appeared in the EFL Championship.

After featuring for Bolton Wanderers a season ago and helping them fight off relegation, Robinson got to play with a new set of teammates and under a new manager. He overcame a knee injury midway through the season and got back to form, even putting in Man of the Match performances over the final two months.

Now with Robinson returning to Everton, the question is if he can translate his Wigan play over to Everton and, in turn, the USMNT.

Robinson logged over 2,300 minutes in league play with the Latics and got to learn from a struggling first half of the season. He continued his individual development and grew as a defender, playing for a team that finished -13 in goal differential.

Robinson registered one assist on the season, but continued to be a threat down the wings in Wigan’s attacks. It is something that Robinson brings to the table as a left back and surely something Gregg Berhalter and Marco Silva would want from him going forward.

At Everton, Lucas Digne will be the favorite for the starting left back job next season while club legend Leighton Baines is in the latter stages of his career. Tyias Browning’s departure to China helped open the door for Robinson, who could very well be in Everton’s plans as a backup to Digne.

The opportunity to learn from a French international like Digne would help Robinson, but the minutes could be scarce. An opportunity to go back out on loan is also another possibility, as the EFL Championship has helped several other developing American players.

At 21, Robinson still has a bright future ahead, and after a solid showing at Wigan, he deserves an opportunity under Berhalter this summer.

Daniel Lovitz and Tim Ream both received a pair of starts at left back this year, while Robinson saw time with the U.S. Under-23 Men’s National Team in Spain.

This summer’s Gold Cup will be a good test for the USMNT, especially for younger players like Robinson. The opportunity to face teams like Trinidad & Tobago, Panama, and Guyana will help get Robinson back into USMNT shape before tougher tests possibly come against Mexico, Costa Rica, and Jamaica.

With him being younger than both Lovitz and Ream, Robinson can become a long-term option at left back if he continues to grow like he did at Bolton and Wigan.

He showed positive performances in 2018 under interim head coach Dave Sarachan, but also learned from a poor performance against international heavyweight Brazil.

A break should give Robinson the chance to recover after a grueling domestic season. Should Robinson make Berhalter’s Gold Cup roster and put in impressive performances, his stock for Everton and the USMNT will continue to rise.