Union score pair to down FC Cincinnati, move to first in East 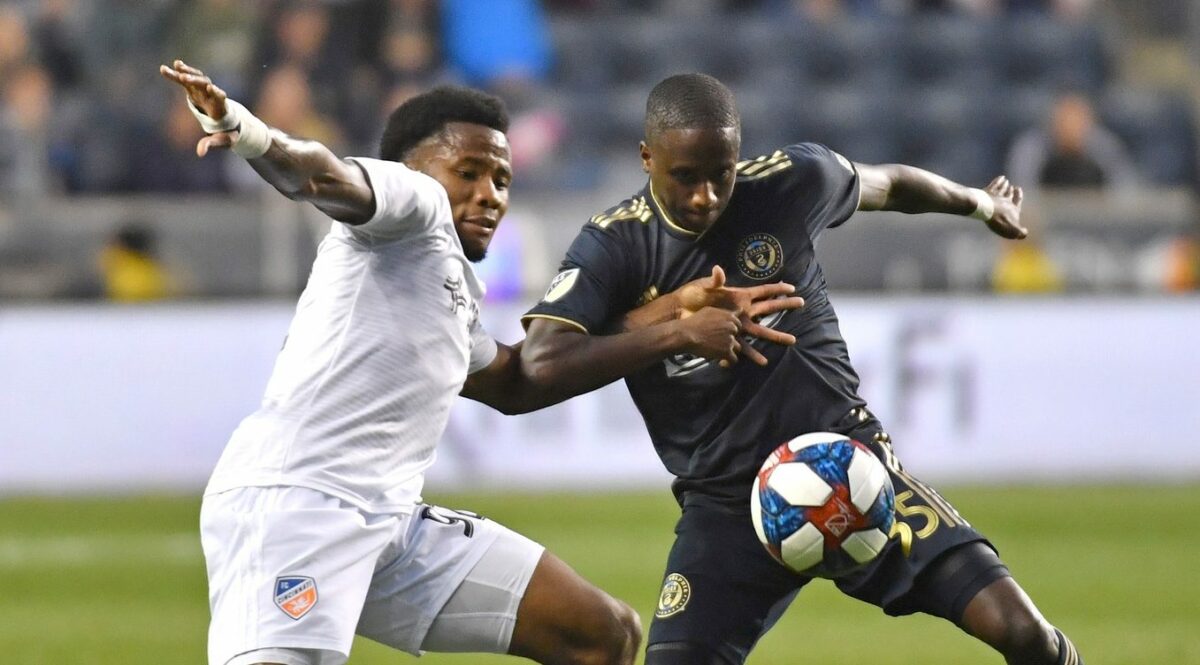 Kacper Pryzbylko found the back of the net for the second consecutive match, while Fafa Picault added an insurance goal to help the Philadelphia Union defeat FC Cincinnati 2-0. The German’s perfectly placed header into the left side of the goal in the 63rd minute, would be the breakthrough for Jim Curtin’s bunch before Picault added his first goal of the season seven minutes later.

Spencer Richey kept Pryzbylko from scoring earlier in the match, punching away the striker’s header in the 18th minute. Fafa Picault was also kept out in the 34th minute, before Brendan Aaronson skied a follow-up attempt over the crossbar.

Pryzbylko continued his lively outing, half-volleying a shot from outside the box which forced Richey to show quick hands to push it over. Richey’s best save came in the 61st minute, as he dove to his left and pushed away Jamiro Monteiro’s long-range effort.

However, FC Cincy would be broken down again in quick succession with Ilsinho making an impact off the bench. The winger played a ball behind the FCC backline, allowing Picault to chip Richey for his first league goal of 2019.

The only worry for the Union was goalkeeper Matt Freese’s departure due to an abdominal injury. With Andre Blake already on the sidelines, Carlos Coronel could be the No. 1 keeper for the near future.

It will be a quick turnaround for the Union (5-3-2) who host the New England Revolution at home on Saturday. FC Cincinnati (2-6-2) concludes a three-match roadtrip on Saturday against the San Jose Earthquakes.

Przybylko was a pest for the Union and was rewarded with his second goal in as many matches.

After the Union broke the deadlock, they kept their foot on the gas. Ilsinho’s introduction was a smart move by Curtin as he set up Picault for the insurance goal.

Veteran forwards Darren Mattocks and Roland Lamah were unable to get after Philadelphia’s backline, eventually being replaced in the second-half. The scoring struggles continue for FC Cincy who desperately need Fanendo Adi and Kenny Saief available.