Union’s lack of finishing continues in loss to Timbers 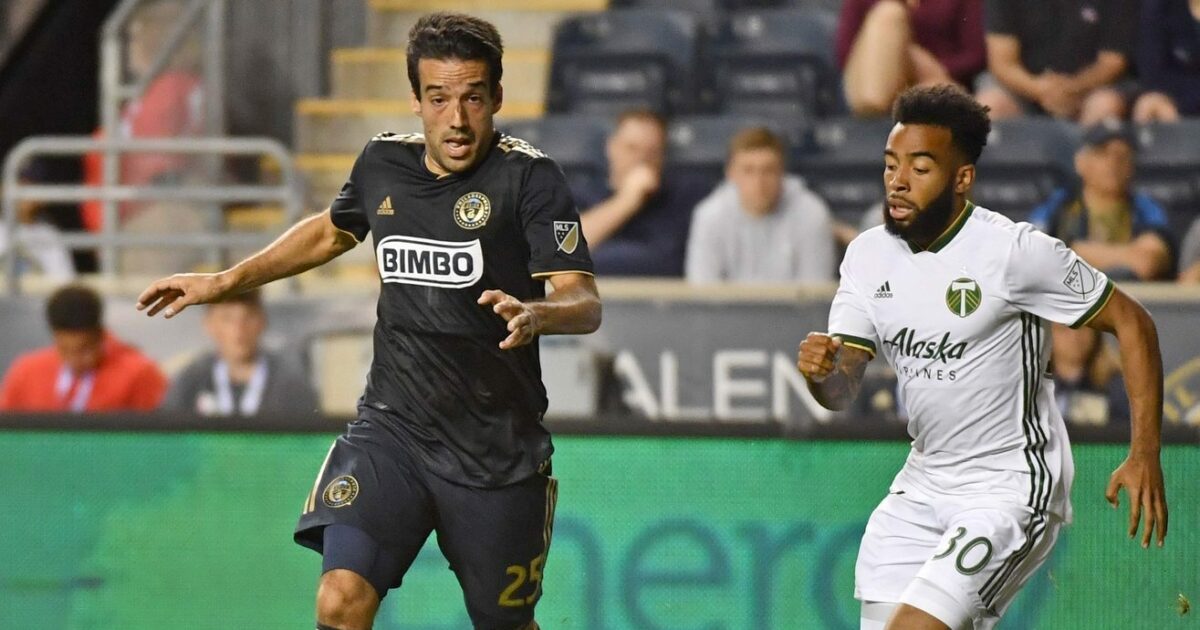 Every team is going to have those moments in a season where things don’t go their way. For the second consecutive week, the Philadelphia Union have had to suffer that issue as they dropped points at home.

The Union lost at Talen Energy Stadium for the first time this season as they failed to make the most of their offensive opportunities. The 3-1 defeat to the Portland Timbers saw the Union record only five shots on goal out of 18 in total, while they were outperformed by their Western Conference visitors.

“Overall, rough night. I thought we actually started the game very well, first 25 minutes was strong,” Curtin said. “We had a couple mistakes, self-inflicted mistakes and lost our footing a little bit and got punished by a quality opponent. It’s a difficult lesson; I thought we pushed in the second half in a really good way. At 2-1, had enough chances to get the second goal, just wasn’t our night in terms of finishing up plays.”

Brian Fernandez scored twice for the Timbers while Diego Valeri added a late insurance goal in the final minutes. It was a performance that the Union fans have not been used to from their side yet in 2019, after seeing their recent six-match unbeaten run snapped.

Kacper Przybylko did score quickly into the second-half, but the Union failed to truly trouble Steve Clark the rest of the way. Paired with D.C. United’s draw in Foxborough on Saturday night, the Union dropped back into second place in the East, but luckily have a quick turnaround on Wednesday against the Colorado Rapids.

“We won’t allow things to get negative at this point, we’ve done a lot of good hard work, the players emptied their tank. It’s still a very exciting group, just made a couple mistakes in key moments tonight and got punished. It’s our first loss in seven games, it’s hard, we’ll learn from it, but we have a quick turnaround which is a good thing, and we have Colorado [Rapids] at home on Wednesday, so I’m fully confident that we’ll have a very strong response from the group.”

Marco Fabian, who participated in full training on Thursday, missed out due to an ankle injury. The Mexican playmaker has made only six league appearances due to injury and suspension, registering two goals since his move from Eintracht Frankfurt. His quality on the ball has surely been missed by the Union, who continue to roll with Brenden Aaronson in his place.

“Marco is coming off of the injury; he wants to be one hundred percent and ready to go,” Curtin said. “I think he’s inching closer to that and obviously is a key player for us and one we’re eager to get back as well because he can change how a defense approaches things. It will be close for Wednesday, but we hope to have him back.”

A few weeks ago, the Union’s date with the Rapids on Wednesday would look like a comfortable contest but Conor Casey’s men have gained confidence of late. A pair of consecutive wins over the L.A. Galaxy and Columbus Crew have given the Rapids some life with a interim head coach leading the charge.

The Union will need to be at their best on Wednesday if they want to retake the top spot in the East heading into the first weekend of June. The scoring issues are a concern, but the team isn’t planning on dwelling on it just yet with a lot of season left to play.

“It’s not a big excuse now to say that we created a lot of chances again, but finally we have to work on hitting the net,” Przybylko said. “It feels really bad today that we lost the game and we were close to changing the game. Unfortunately not, but our luck is that the next game is on Wednesday. We don’t have a long time to wait for the next game to make better on our chances.”