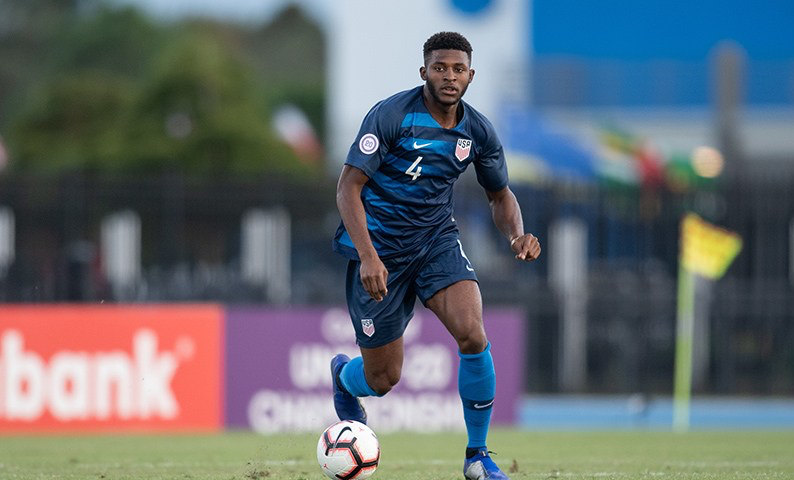 A familiar face will be wearing the captain’s armband for the U.S. U-20 Men’s National Team in Poland.

U.S. Soccer announced on Tuesday that defender Mark McKenzie has been named captain ahead of the U-20’s opening match at the 2019 FIFA U-20 World Cup. The U-20’s take on Ukraine on Friday in the first of three group stage matches.

“Mark is a natural leader,” Tab Ramos said. “First of all, he’s a hard player on the field and he’s a good player. Secondly, he has that charisma off the field that allows for him to have a voice and for people to follow that voice.”

“I think the important part is that he’s a good representative of U.S. Soccer and what we stand for, for doing the right thing all the time, for working hard and for being someone that the younger guys can look up to,” Ramos continued. “I pulled together all the leaders of this group and we made the decision together. Everybody agreed that Mark is the guy to lead the way.”

McKenzie, 20, was nominated for 2018 U.S. Soccer Young Male Player of the Year after impressive appearances for both club and country. He led the U-20’s in minutes played for 2018 and helped them to a second consecutive Concacaf U-20 Championship in November.

Domestically with the Philadelphia Union, McKenzie made 20 league appearances and totaled over 1,700 minutes to help the club to a sixth-place finish. He also helped the Union reach the U.S. Open Cup Final.

Following its opener against Ukraine, the U-20’s will also face Nigeria on May 27th and Qatar on May 30th.