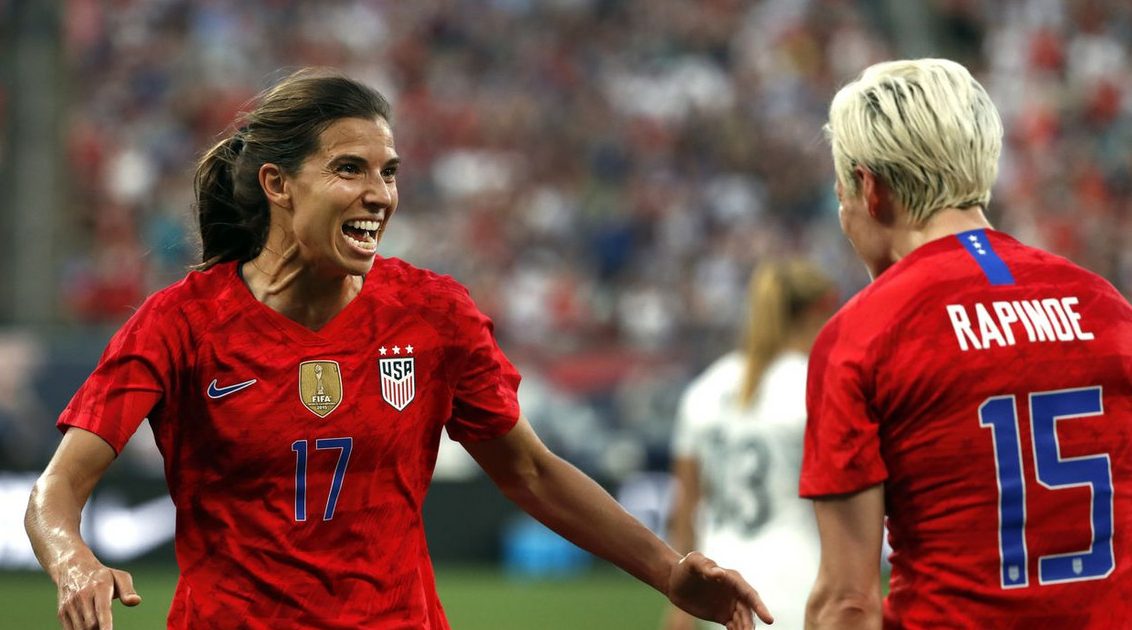 Jill Ellis’ side dominated New Zealand to earn a 5-0 win on Thursday evening in St. Louis. Carli Lloyd scored a pair of goals off the bench, while Rose Lavelle, Tobin Heath, and Sam Mewis all chipped in tallies.

Ali Krieger also made her 100th appearance for the USWNT, coming off the bench as a second-half substitute.

It took some time but the USWNT broke the deadlock with a pair of goals before halftime. Megan Rapinoe’s low cross was tapped home by Heath in the 35th minute before Lavelle doubled the hosts advantage five minutes later.

Lindsey Horan’s cross to the back post was finished nicely by Lavelle. The streaking midfielder dove and found the top-left corner.

Lloyd came off the bench and scored 44 seconds after stepping onto the pitch. The midfielder was in the right place at the right time, tapping home Heath’s low cross for her 109th career USWNT goal.

Lloyd finished her second of the night in the 83rd minute thanks to a great pass from Christen Press. Press played a ball across the box, which Lloyd tapped in for her fifth goal in her last three appearances.

Mewis added a late goal a minute later to cap the final score at 5-0 from Busch Stadium.

The USWNT has now outscored opponents 8-0 this month and will conclude its three-match schedule on May 26th against Mexico at Red Bull Arena.