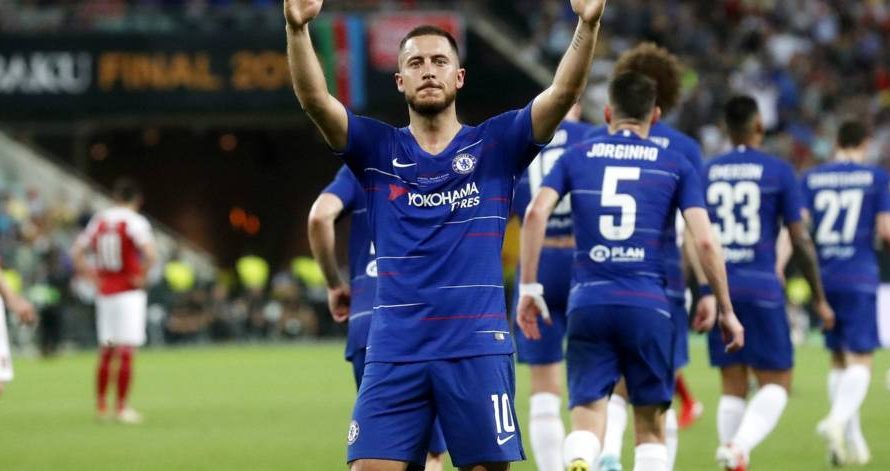 Eden Hazard scored two goals in Chelsea’s 4-1 Europa League finals win over Arsenal on Wednesday. Post match, the Belgian star has reportedly hinted that this match was a goodbye to the Chelsea faithful.

Hazard was quoted to say “Maybe it is the time for a new challenge” after Chelsea won their second Europa League title. (REPORT)

With only two weeks until the Copa America, Brazil will hope the PSG man can get back to fitness before opening group stage play against Bolivia. (REPORT)

President of Barcelona Josep Maria Bartomeu made it official on Wednesday that head coach Ernesto Valverde will remain with the team next season. (REPORT)

Bayern Munich president Uli Hoeness has made it known that a deal for long-time target Leroy Sane will be “difficult”. (REPORT)

Barcelona have considered sending Ousmane Dembele, Philippe Coutinho, and cash compensation to PSG in order to bring Neymar back to the Camp Nou. (REPORT)

As Antonio Conte gets reportedly closer to becoming the head coach of Inter Milan, there are rumors that he wants his first signing to be Romelu Lukaku. (REPORT)

Mohamed Salah admits it would be beautiful to play alongside Roma legend Daniele De Rossi at Liverpool. (REPORT)

New Borussia Monchengladbach manager Marco Rose gives credit to Jurgen Klopp for being shaped into the coach he is today. (REPORT)

The U.S. Open Cup continues tonight with a wide-range of matches to choose from. (READ)

The USWNT will look to do better in front of goal at the World Cup. (READ)

Depth will continue to be crucial for the USWNT as they aim for World Cup glory in France. (READ)