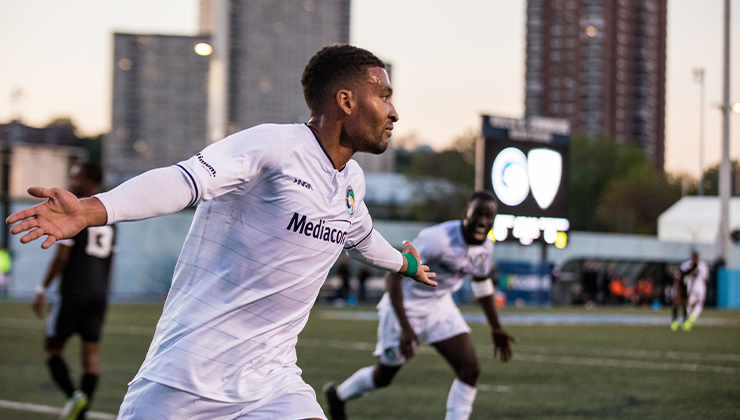 Two teams with ties to the old NASL made headlines for different reasons on Wednesday night in the first round of the U.S. Open Cup.

The New York Cosmos B side used a 96th-minute goal from Bledi Bardic to move on to the second round past USL League Two side Black Rock FC.

The Cosmos B team, who plays in the NPSL, gave up its lead in the 87th minute on a goal by Black Rock’s Komar Martinez-Paiz.

Bardic’s late game-winner triggered a vibrant celebration with the fans in attendance at Rocco B. Commisso Soccer Stadium and set up a second-round matchup with USL Championship side Hartford Athletic.

Miami FC also gave away a one-goal advantage, but it never rebounded against Florida Soccer Soldiers.

The Soccer Soldiers benefited from goals by William Stamatis and Carlos Freire in the second half to pull off one of the biggest upsets of the entire first round.

NTX Rayados knocked off the NPSL’s Little Rock Rangers in penalty kicks after the club was forced to drive to Little Rock on Wednesday afternoon following a flight cancellation.

FC Denver upset NPSL side Midland-Odessa Sockers by way of an 89th-minute strike out of Kyle Crouse.