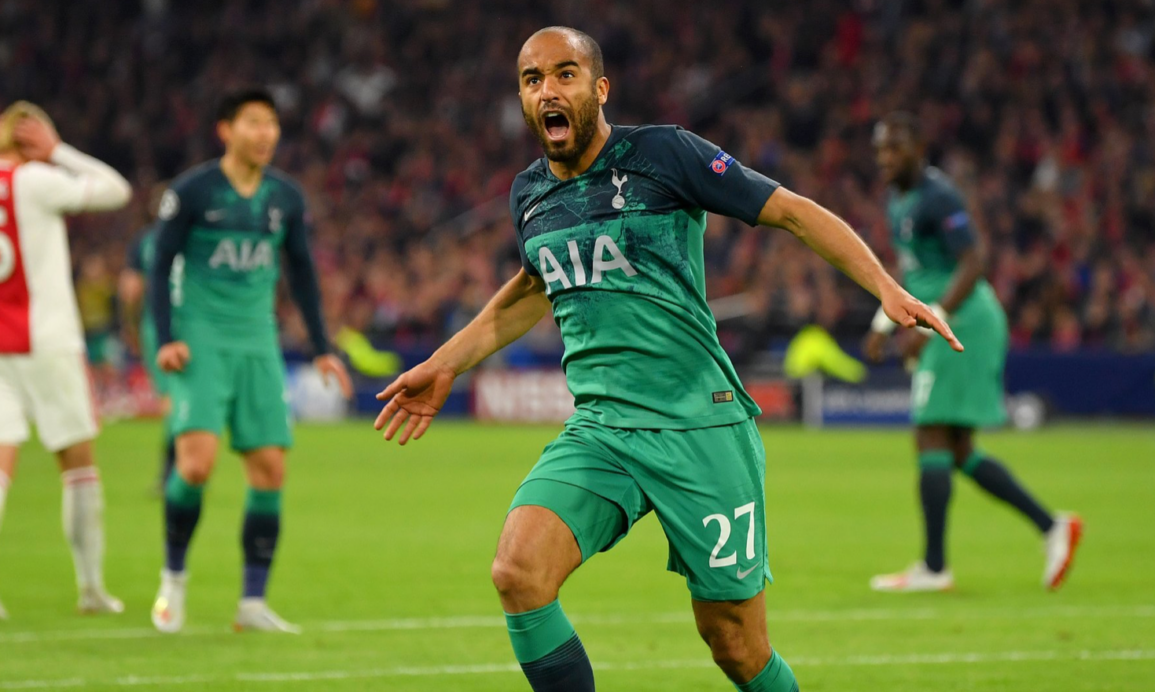 Tottenham matched the effort of fellow Premier League club Liverpool in completing a three-goal comeback on Wednesday as they downed Ajax in Amsterdam.

After falling behind two goals on the day, Spurs were forced to score thrice if they wanted to advance to the UEFA Champions League final. Lucas Moura opened the scoring for his side in the 55th minute and completed his hat trick in the 95th.

Moura’s third goal came after Dele Alli flicked the ball through on goal to the Brazilian. For the third time, Moura’s confident effort beat Andre Onana, and the Spurs players ran off in celebration as they clinched a spot in the UCL final.

The Brazilian’s first goal came in a similar position as Moura capped off an impressive counter-attack from Mauricio Pochettino’s men. These two finished sandwiched in between a more fortunate goal as Moura was the beneficiary of some poor defending from Ajax in the penalty area, after an impressive save from Onana.

Matthijs de Ligt opened the scoring for Ajax in the fifth minute before Hakim Ziyech doubled the side’s lead on the day but it ultimately proved to mean nothing thanks to the Brazilian’s sensational performance.