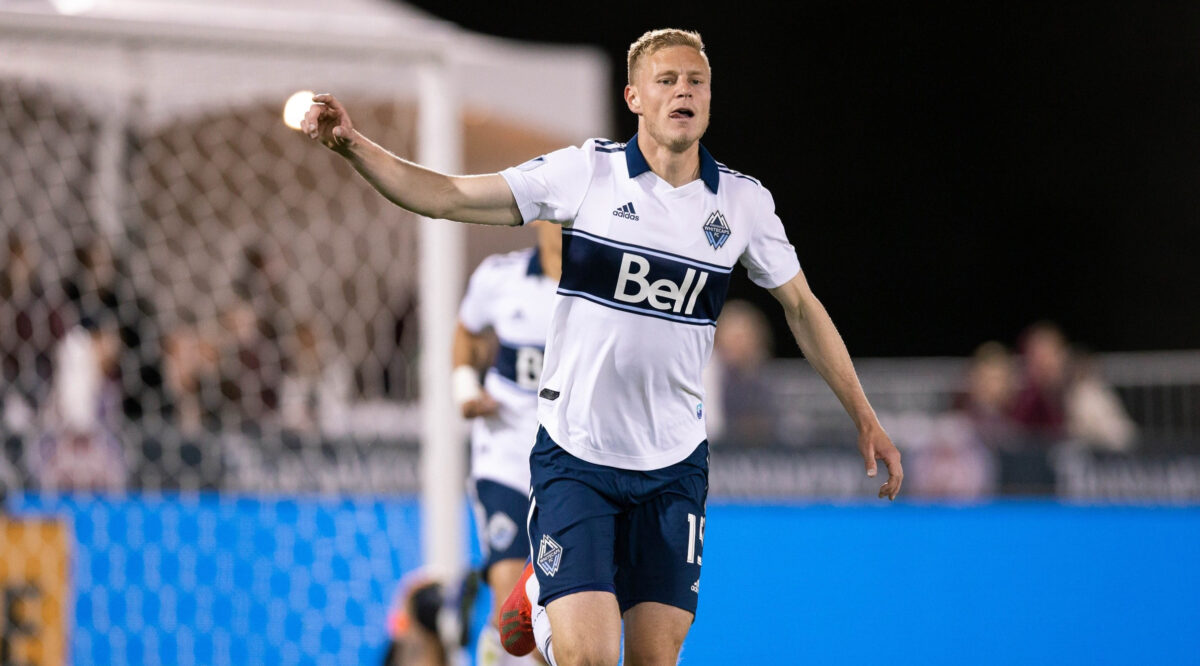 The visitors held a two-goal advantage in the opening 26 minutes with Fredy Montero playing a part in each goal. Montero scored his second goal of the season, beating Tim Howard in the 16th minute with a swift effort.

Montero assisted on the Whitecaps second goal of the opening half, setting up Lucas Venuto just ten minutes after his opener.

Kei Kamara’s 38th minute penalty kick pulled the Rapids to within one before halftime. Kellyn Acosta drew the foul from Montero, allowing Kamara the opportunity to score against his former side.

Video review was used early in the second-half with referee — giving the Rapids a chance to equalize. This time Brett Levis was the guilty party as he fouled Axel Sjoberg four minutes after halftime.

Kamara stepped up and beat Maxime Crepeau for a second time to make it 2-2 after 53 minutes.

Diego Rubio was fouled by Doneil Henry later in the half which saw Rubio sent off after taking a swipe at the Whitecaps captain.

29-year-old Andy Rose would make the hosts pay in the 87th minute, scoring from inside the box for his first goal of the season. It also proved to be the winning goal as Vancouver took points for a second consecutive match.

The Rapids have now lost seven straight matches and remain bottom of the league standings. They remain at Dick’s Sporting Goods Park next weekend to host Real Salt Lake.

Vancouver, now with nine points on the season, hosts the Portland Timbers next Friday at BC Place.

Rose came up clutch off the bench to earn his team a road win.

Rubio’s sending off definitely hurt the Rapids chances in the final 15+ minutes, forcing them to continue to wait to end their losing run.

Rubio’s red card will now see him suspended after a disappointing showing offensively as well.