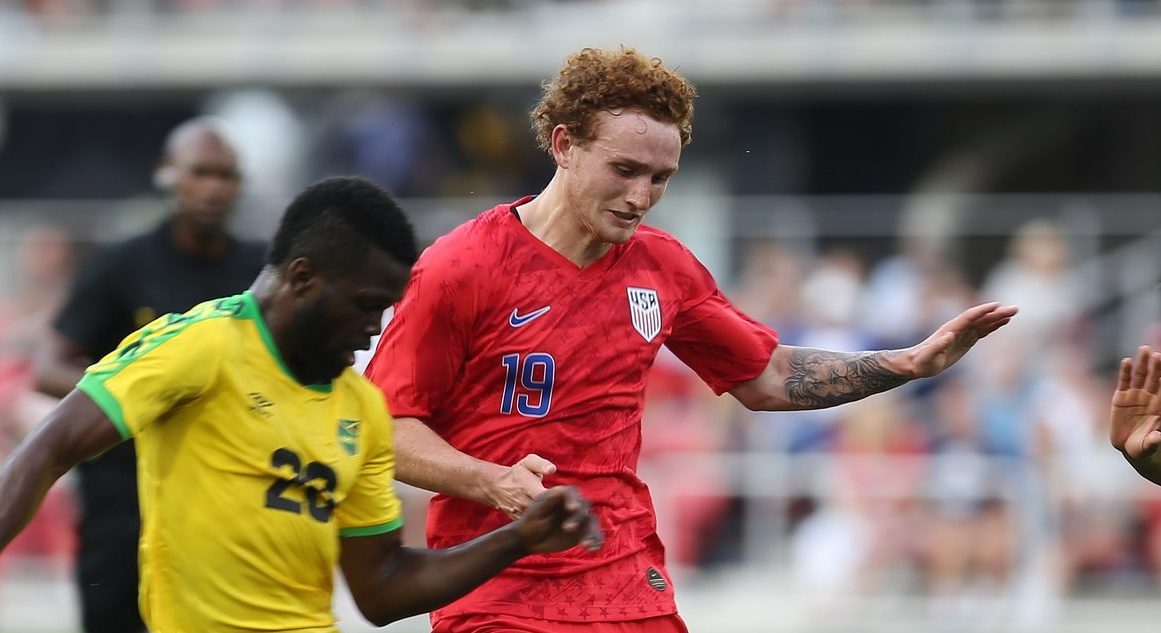 Josh Sargent may have been included in Gregg Berhalter’s provisional Gold Cup roster, but the 19-year-old still has some work to do after being left off Thursday’s final roster.

After not being included in the U.S. U-20 World Cup roster, it was expected that Sargent would be with the senior squad for this tournament. Berhalter agreed it was a difficult decision to make to exclude Sargent, but ultimately went with experienced options instead.

“This was the most difficult decision we had to make involving Josh,” Berhalter said in a conference call on Thursday. “When I talked to him and gave him the news, one thing I mentioned was that he is going to be the striker for the national team in the future. We’re sure of that. He wasn’t able to play as much as he could have. And he lacked a little sharpness.”

“When Sebastian Lletget went down, it tossed a wrench into the plans and we didn’t think we could carry three strikers at that point,” Berhalter said. “Josh will have more chances, but he wasn’t able to carry over his early-season momentum with Werder Bremen into the second-half. We think Jozy and Gyasi are ahead of him right now. We made this decision in order for the best of the team.”

Sargent played the full 90 minutes in a 1-0 loss to Jamaica at Audi Field and had the USMNT’s lone effort on goal. After a great find from Duane Holmes, Sargent was able to turn and create enough space to get a shot off. Jamaican keeper Andre Blake was able to get a hand to the shot and preserved the clean sheet for the Reggae Boyz.

Outside of Sargent’s attempt, the USMNT lacked the creativity and cutting edge to get an equalizer. The striker can still make the roster should an injury occur to one of the 23 current players, but if not he will have to wait until the fall for another shot at cracking the senior squad.

“We thought he would benefit from the challenge of the full national team and benefit playing a game, fighting to make the squad,” Berhalter said in regards to Sargent not being included in the U-20 World Cup squad. “With him not going to Poland, it’s given Sebastian Soto a chance to flourish so we felt giving another player a chance was the best thing to do.”

“We have to remember that he is 19-years-old and he has a bright future in front of him,” Berhalter said. “He’s got great skillsets, unfortunately he didn’t play enough as he could have with Bremen. Josh is a good striker and he will have more opportunities to show that.”

With Sargent out of the Gold Cup picture, the pressure will be on Altidore, Zardes, and Morris to come up with goals in the tournament. All three are experienced guys that have played in the Gold Cup and have been regulars in Major League Soccer. Should they come up dry though, questions will surely be asked about their inclusions over the younger Sargent.