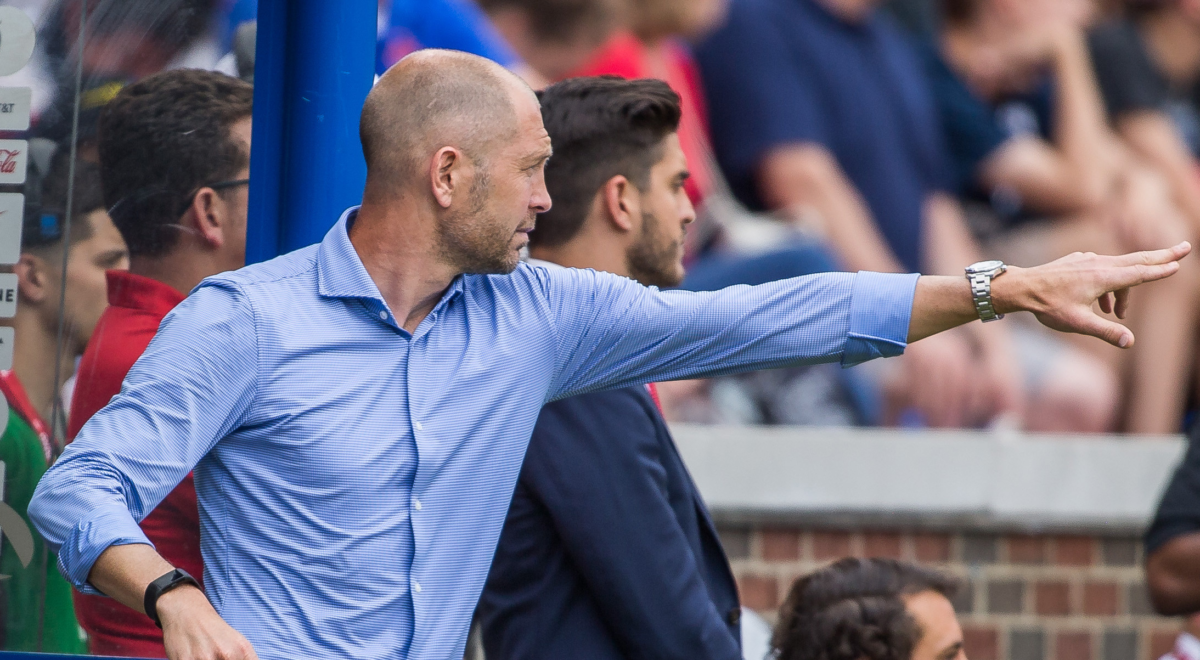 The fun didn’t last long for head coach Gregg Berhalter and the USMNT in the first-ever team appearance at Nippert Stadium in Cincinnati on Sunday.

Heading into the Gold Cup next week, the coach was looking for more answers than questions as the squad shapes up to an ideal starting XI, but found himself owning his first two losses in charge of the USMNT.

The afternoon saw the Americans struggle to stay in the game against a clinical Venezuelan side that made the most out of opportunities rather than dominating the offensive metrics, taking a 3-0 halftime lead to the final whistle.

“It’s really tough after a result like this to come in and start making excuses. I don’t really want to do that but what I’d say is we’re still getting guys where they need to be, and we’re not there yet,” Berhalter said. “That’s pretty clear so we’re going to keep working on it.”

While the Americans opened up the afternoon looking sharp and earning corners, Venezuela halted all optimism after punching in bunches with goals at the 16′, 30′, and 36′ minute marks. The succession of goals exposed a variety of issues for a team trying to find its form ahead of the Gold Cup.

“Let’s talk about it. The first goal is an irregular goal. he’s offsides, the third goal is offsides. I don’t think we responded well from it,” Berhalter said. “We gave up the goals, I didn’t love the response, then the second thing is that for 90 minutes we didn’t compete on the level we needed to compete on,”

Although VAR wasn’t utilized in the friendly matchup, Berhalter’s remarks about a lack of responses are apt. Across the squad, there were some hard performances and the rapid rotation didn’t leave much opportunity for anyone to redeem themselves.

“You want more competitiveness I think, it starts with putting guys in good positions to make tackles and win duels.”

Too, it may take getting the right personnel on the field. A little star power may have gone a long way with respect to Christian Pulisic and Michael Bradley’s absences. Despite joining the team a little later than ideal, getting them active could have been a possibility in a game where Berhalter utilized five substitutions, allowing a handful of players to get active with short shifts.

“What we expect from the guys is that when we picked this squad is that we have 23 players and that we can perform at a similar level,” Berhalter said.

“I think it would be doing the guys that played a discredit saying that we’re just waiting for other players. The guys worked hard, they gave what they had. We came up short it doesn’t mean that now we’re going to come in and scrap all the plans,”

While a proper final “tune-up” would ideally showcase some of his ideal plans, the reality is Berhalter can’t say a lot has gone right in the last week and he’s out of time to experiment in a low-stakes capacity.

Moving on to Gold Cup action, The USMNT open its campaign against Guyana at Allianz Field in St. Paul, Minnesota on June, 18th.