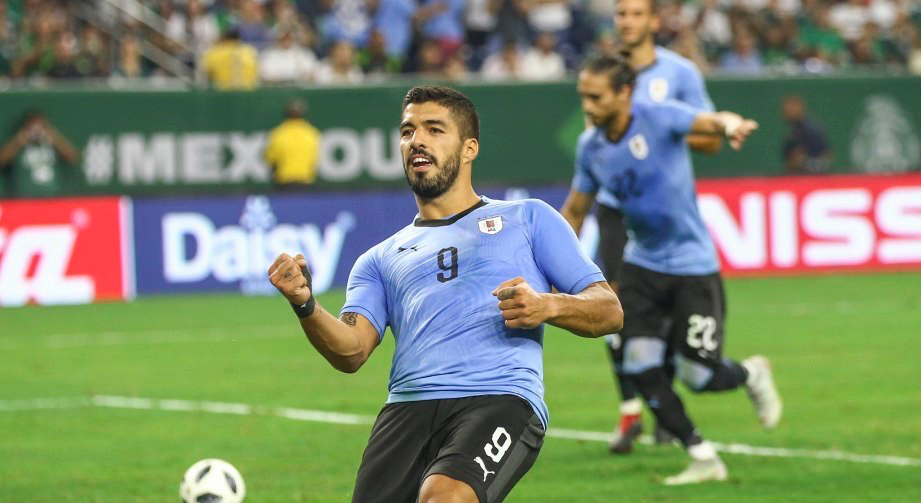 Three of Sunday’s four teams in action at the 2019 Copa America picked up points to begin their group stage play.

Uruguay picked up a full three points with a 4-0 thumping of Ecuador in Belo Horizonte. Three different goal scorers found the back of the net for Uruguay while a fourth goal was an own goal.

Nicolas Lodeiro scored a golazo six minutes in to give Uruguay an early advantage. After receiving a cross from Luis Suarez, Lodeiro flicked the ball between two Ecuadorian defenders before stroking a shot into the bottom-right corner.

Jose Quinteros was sent off for Ecuador in the 17th-minute after elbowing Lodeiro in the head. Both players jumped for a ball but Lodeiro received the worst of it.

Edinson Cavani’s scissor-kick in the 33rd-minute extended Uruguay’s lead before Suarez netted his first goal of the competition before halftime.

An own goal from Ecuador’s Arturo Mina capped the final score at 4-0.

Copa America debutants Qatar fought back for a 2-2 draw against Paraguay in Maracana in Sunday’s early match.

It was Paraguay who scored early after being given a penalty kick. A handball from Qatar right-back Pedro Miguel allowed Oscar Cardozo the chance to score four minutes in.

Derlis Gonzalez’s curling effort in the 56th-minute extended the Paraguayan’s lead but Qatar would not lie down.

Almoez Ali finished off Tarek Salman’s pass for Qatar’s first goal in the competition before Boualem Khoukhi scored the equalizing goal in the 77th-minute.

The midfielder’s shot was saved by Roberto Fernandez but unfortunately for Paraguay looped into the net.

Colombia sits atop Group B but these two sides sit second and third respectively after both earning a point.