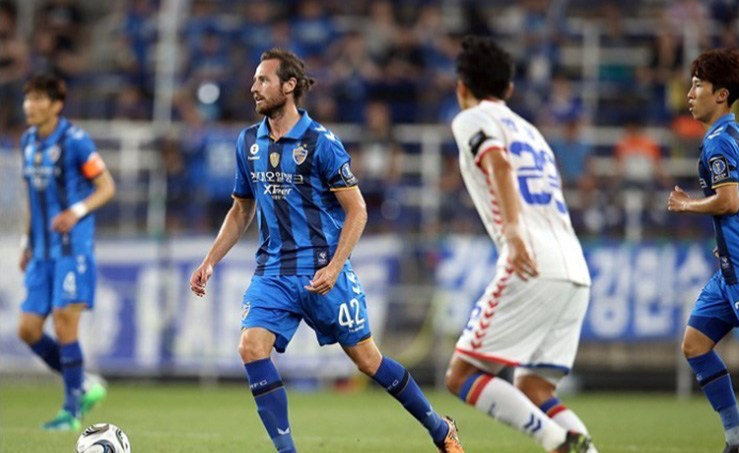 Mix Diskerud was able to play the hero on Sunday for Ulsan Hyundai.

The Norwegian-American midfielder scored the game-winning goal for Ulsan Hyundai in a 1-0 home win over Pohang Steelers. It was Diskerud’s seventh goal in all competitions this calendar year.

A great pass upfield hit Diskerud in stride before he rifled a shot into the left corner of the goal.

The win extended Ulsan’s unbeaten streak to four matches and moved them level on points with leaders Jeonbuk. However, Ulsan sit in second place due to goal difference.

Up next for Diskerud and Co. is the first of a two-legged draw against Urawa Reds in the AFC Champions League Round of 16.

The first leg is on June 19th at Saitama Stadium before Ulsan hosts the return leg on June 26th.