Five Players the USMNT needs to deliver at Gold Cup 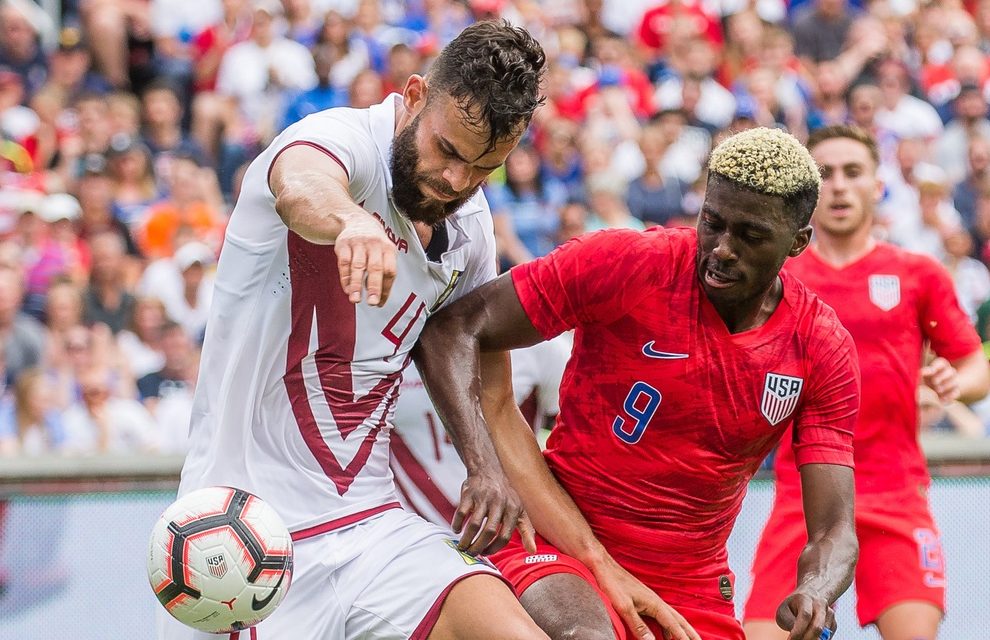 The 2019 CONCACAF Gold Cup is underway and for the U.S. Men’s National Team, its goal of repeating as champions starts on Tuesday.

Gregg Berhalter and his bunch kick off group stage play in Group D against Guyana, aiming for a positive start to a deep run in the competition. Following its clash against Guyana, the USMNT will also take on Panama before ending the group stage against Trinidad & Tobago

Despite disappointing performances in the June friendlies, the USMNT still has plenty of talent to put on the field.

Veterans Jozy Altidore, Michael Bradley, and Omar Gonzalez all can be called on during this tournament while rising stars Christian Pulisic and Weston McKennie will need to contribute. Tyler Boyd is a fresh face who could end up being important deeper in the tournament, and Jordan Morris and Gyasi Zardes are MLS guys who have experience in this competition from the 2017-winning run.

Here’s a closer look at five players who need a strong tournament for the USMNT:

The best playmaker on the USMNT roster, Christian Pulisic is coming in fresh and ready to go. Pulisic comes in after an extended break and should be rearing to go. As the No. 10 for Berhalter’s side, Pulisic will need to contribute for the team to have a deep run in the Gold Cup.

Guyana, Panama, and Trinidad & Tobago will all be looking to shut down the 20-year-old and be physical with him to get him off his game. The centerpiece of the USMNT for years to come, Pulisic needs to come up clutch for the team to lift the trophy in July.

With the USMNT’s No. 1 centerback John Brooks out with an injury, Matt Miazga will carry the most responsibility defensively. After what was a stop still domestically with Nantes, Miazga picked himself up and helped Reading fight off relegation in England. Valuable minutes helped Miazga continue his development, but now he will go against CONCACAF’s best.

With all three group stage teams providing different tests, Miazga may be asked to do a lot of physical work with opposing forwards. It was something that Miazga had trouble with against Venezuela’s Salomon Rondon and something that needs to be fixed to have success this summer. It’s not decided yet who will be asked to team with Miazga in the backline, but his aerial ability will help the USMNT win duels and contribute on corner-kicks.

Another player whose stock is rising not only in Europe but also with the USMNT is Weston McKennie.

The Schalke midfielder was a versatile piece in Germany this season, playing numerous roles for the club in what proved to be a disappointing campaign as a whole. McKennie’s physicality is what the USMNT need in midfield for this tournament and his versatility is something that Berhalter can use deep in the competition.

If needed, McKennie can hang back and defend, but he also poses the threat of advancing higher in midfield. McKennie’s importance will continue to grow in the group stage as the USMNT faces tougher competition along the way. After not playing a major role in friendlies, McKennie should be 100%.

One of the veterans on this squad, Jozy Altidore will need to stay healthy and bring his best to the table. After suffering a few knocks domestically with Toronto FC, Altidore is back and will bring his physical play to the Gold Cup. Unlike Gyasi Zardes and Jordan Morris, who both are more versatile, Altidore can hold balls up and help distribute them to wide attackers.

After being rested against Jamaica and playing only sparingly against Venezuela, Altidore is another player who’s fitness should be good to go. Out of the current 92 goals on this roster, Altidore has 41 of them, meaning he can contribute and help the USMNT to another title. However, if he starts going dry than other players could be tossed into the No. 9 position over him.

Another forward who has experience in this tournament is Gyasi Zardes. Now 27-years-old, Zardes has seven international goals in 44 caps and will be eager to add to those totals this summer. A player who was reborn in Berhalter’s system with the Columbus Crew, Zardes was a bright spot in March friendlies and should be rested after limited play in June.

Unlike Altidore, Zardes can get after defenders and try new ideas offensively. If needed he can move out wide and swing crosses in which is something that USMNT need to take advantage of in this tournament.

A lot will be asked of him based off of his experience compared to other forward options like Tyler Boyd and Jonathan Lewis. If he fails to make an impact though, don’t expect to see Zardes play deeper in the competition.