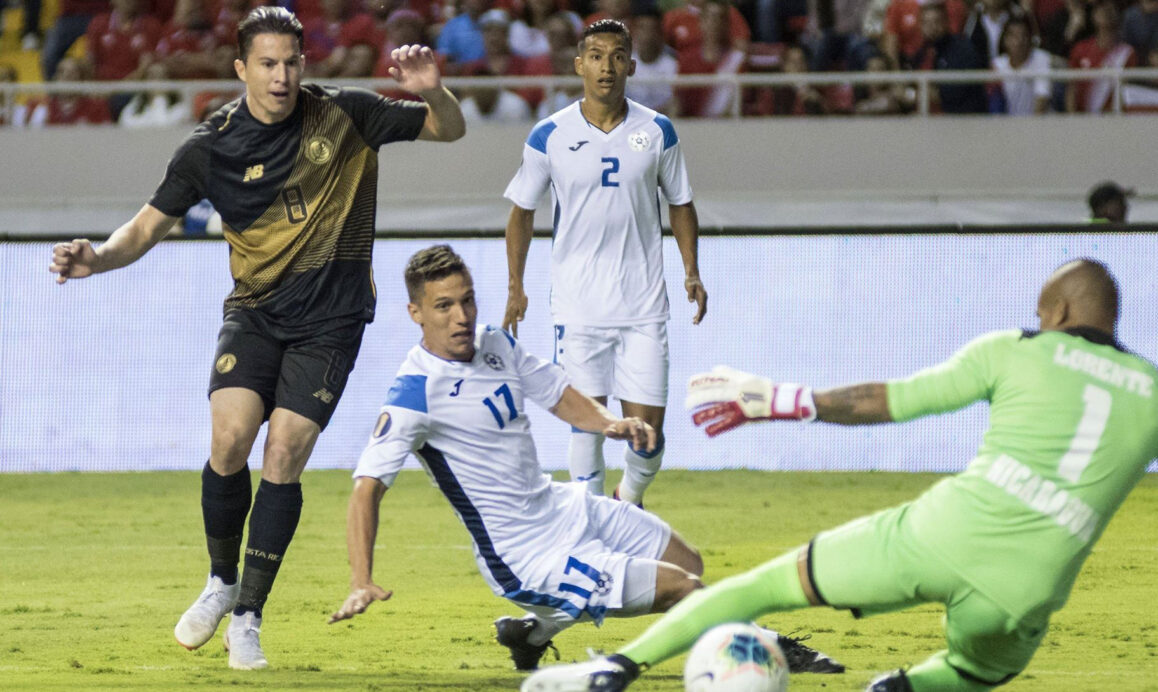 Another pair of Concacaf teams picked up opening victories at the 2019 Gold Cup on Sunday.

Costa Rica picked up a comfortable home shutout win on Sunday rolling past Nicaragua 4-0. Four different players got on the scoresheet for Los Ticos.

Sunderland defender Bryan Oviedo broke the deadlock after seven minutes, finishing off a 1-2 inside of the box. His shot was repelled but eventually rolled into the net.

Celso Borges smashed in Los Ticos’ second of the evening from just outside of the box. A perfect lay off allowed Borges to run onto the effort and smash a shot into the bottom-right corner.

Costa Rica continued to pour it on as the match continued with Elias Aguilar’s free kick finding its way in before halftime. A looping free kick left Leonel Moreira in no mans land before finding the top-left corner.

FC Cincinnati’s Allan Cruz capped off the scoring in the 75th-minute, roofing a left-footed shot into the top corner. It was Cruz’s first goal of the competition.

Up next for Costa Rica is a match against Bermuda on June 20th while Nicaragua takes on Haiti.

Haiti erased a first-half deficit and fought back to earn a 2-1 win over Bermuda in the early contest.

Dante Leverock got on the end of a Bermudan corner before halftime to give his side a 1-0 lead.

Frantzdy Pierrot equalized for Haiti via a header in the 54th-minute after his teammates took advantage of Bermuda sleeping a free kick.

Pierrot played the hero in the 66th-minute putting away a rebound for the game-winner. New York Red Bulls playmaker Derrick Etienne played a role in both goals even though he wasn’t credited with the assists.

Haiti sits second in Group B.